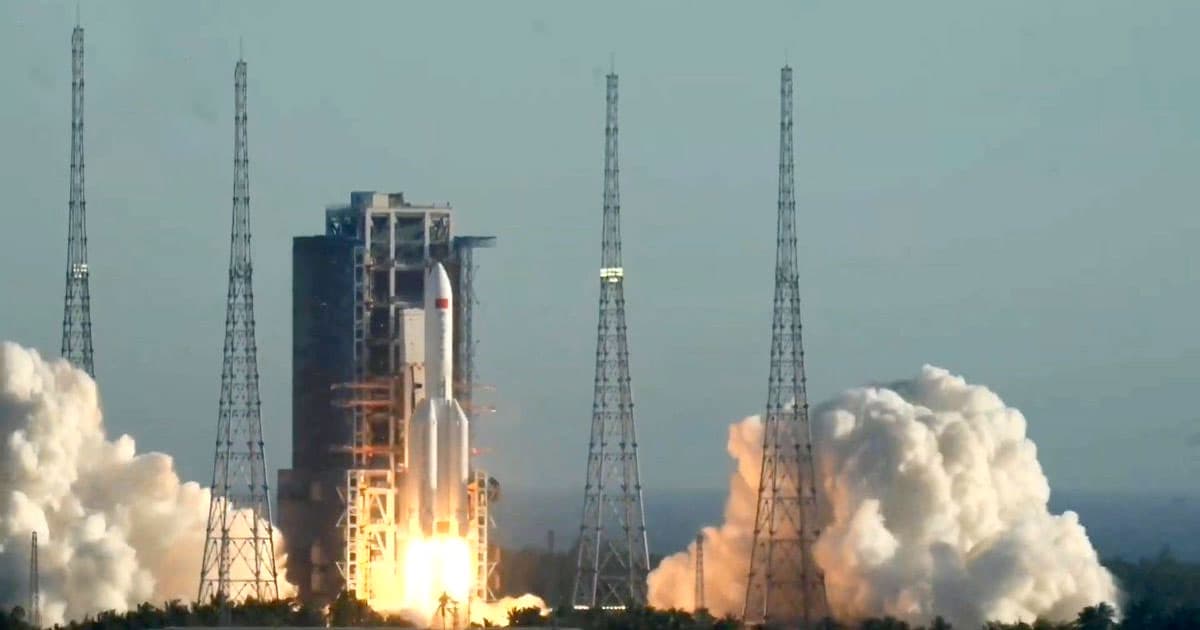 "The new spaceship will give China an advantage in the area of human spaceflight over Japan and Europe."

"The new spaceship will give China an advantage in the area of human spaceflight over Japan and Europe."

China's space agency just successfully test-launched the rocket and spacecraft that it plans to use to send crewmembers to the country's planned independent space station.

On Tuesday, the prototype spacecraft hitched a ride into orbit from a Long March 5B rocket, Agence France Presse reports. There was no crew on board, but China sees the successful test as a major step toward establishing its human presence in orbit — and eventually on the Moon and Mars.

China plans to begin construction of its orbital space station Tiangong-3 — which translates to "Heavenly Palace" — later this year, and expects it to be operational sometime in 2022.

China hopes the capability of launching rockets, spacecraft, and space stations developed in-country will give it a leg up over space programs.

"The new spaceship will give China an advantage in the area of human spaceflight over Japan and Europe," Chen Lan, an analyst at GoTaikonauts.com, told AFP.

Once Tiangong-3 is up and running, China intends to establish a base of operations on the surface of the Moon, AFP reports. From there, it hopes to be the first country to send humans to Mars.

"China has caught up with the US in some space areas like earth observation and navigation," Chen told AFP.

"But there are still large gaps between China and US in deep space exploration and human space flight," Chen said, adding the US was the "leading space power today, yesterday and in the near future."