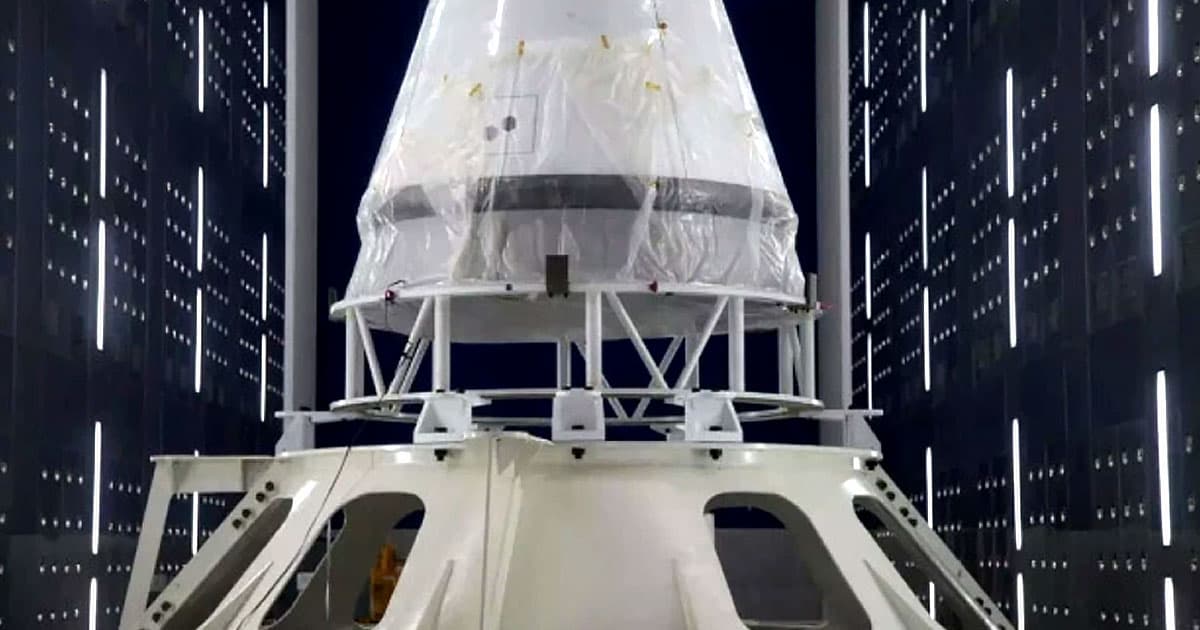 China Reveals Spacecraft Built to Ferry Astronauts to the Moon

The new Space Race is heating up.

The new Space Race is heating up.

China just showed off the next-generation spacecraft it plans to use to send astronauts to the Moon and back, according to Space.com.

The China Academy of Space Technology released a promo video showing more details about the spacecraft, which is designed to house up to five astronauts. The 30-foot, fully reusable spacecraft has a maximum mass of about 22 tons at liftoff.

China has successfully launched astronauts into space in the past, but never beyond Earth's orbit. To this day, the U.S. remains to be the only country to have sent astronauts all the way to the Moon.

China's space program has been using the Soyuz-derived Shenzhou spacecraft to carry astronauts to low-Earth orbit since 2003. The last launch of the Shenzhou 11 capsule was in 2016.

The first uncrewed test flight of the next-generation spacecraft will take place in the first half of 2020, according to Chinese authorities.

The U.S. is also working hard on returning humans to the Moon. SpaceX recently showed off the latest prototype of its Starship, while NASA recently tested the abort system of its Orion deep orbit spacecraft.

READ MORE: This Is China's New Spacecraft to Take Astronauts to the Moon (Photos) [Space.com]