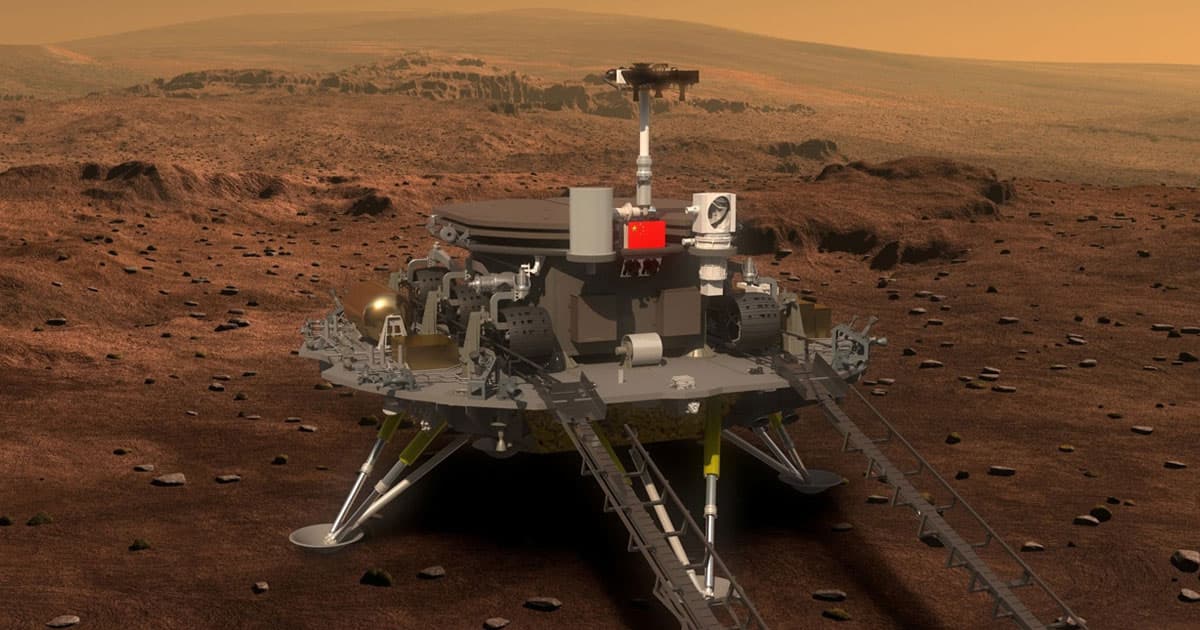 If the mission succeeds, China will become the third country to successfully land a rover on Mars.

If the mission succeeds, China will become the third country to successfully land a rover on Mars.

China says that it's still on schedule for the mission to Mars it plans to launch later this year.

The mission, originally slated for a July launch date, is set to happen "in the coming months," according to the China National Space Administration (CNSA), CNN reports. On top of that, the mission finally has a name: "Tianwen 1," which translates roughly to "heavenly questions."

The name comes from poetry written more than 2,000 years ago, according to state-run news agency XinhuaNet. In the piece, the ancient poet Qu Yuan questioned traditional narratives around the mythology of the era, especially as it pertained to space, the Earth, and other natural phenomena.

The mission plans on sending a rover to the surface of Mars to study the planet's atmosphere, environment, and the composition of its soil, CNN reports. The rover will be accompanied by an orbiter and a lander, all three of which will be equipped with scientific instruments.

If the mission succeeds, China will become the third country to successfully land a rover on Mars after the U.S. and Russia.

But that's assuming China is able to maintain its original launch schedule. Other space agencies around the world have been hit hard by the coronavirus pandemic — so it's possible that the CNSA will face unexpected delays as well.

More on space: China Powers Through the Coronavirus To Launch a Mars Mission