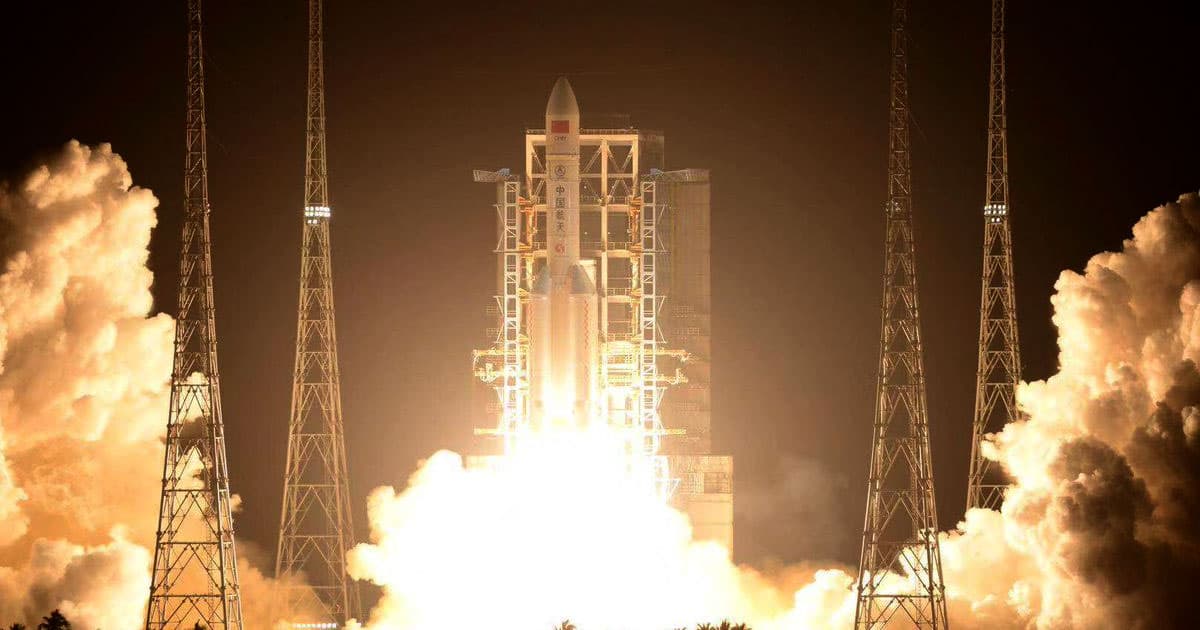 The same rocket will attempt to carry a rover to Mars next year.

The same rocket will attempt to carry a rover to Mars next year.

On Friday, China successfully launched a Long March 5 Yaosan rocket from Hainan, an island off the nation's southern coast.

The first March 5 rocket launched in 2016, but an attempt to launch another in July 2017 ended mid-launch when the rocket's first stage engines failed, sending its payload into the ocean.

This successful launch puts China back on track to meet its future goals for space exploration.

Friday's event was a big moment for China, with more than a million people streaming live coverage of the rocket launch online, as AFP reports.

The March 5 delivered a single test satellite into orbit, but the rocket is capable of lugging 25 tonnes of cargo into space, giving it about the same payload capacity as NASA's most powerful rocket to date, the Delta IV.

China has big plans for the March 5.

For one, it aims to use the rocket to launch its first ever Mars probe and lunar return sample mission, according to Al Jazeera. It also plans to use a modified version of the Long March 5 rocket to begin establishing a crewed space station in 2022.

The rocket will also play a role in China's plans to send its own astronauts to the Moon in the late 2020s.