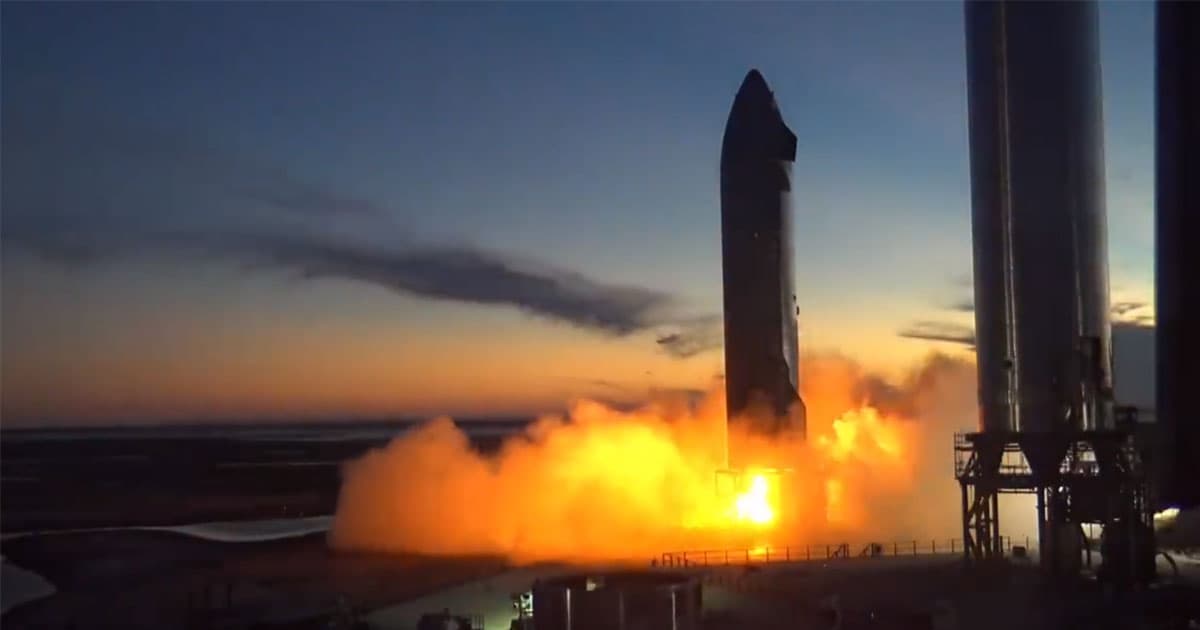 Deliveries of liquid oxygen are starting to pile up.

Deliveries of liquid oxygen are starting to pile up.

SpaceX is sending thousands of tons of rocket propellant to its South Texas rocket testing facilities, Teslarati reports, signaling that the company's long-awaited orbital test launch of its Starship spacecraft may be just around the corner.

Giant tanks spotted by onlookers started piling up last month near the company's orbital test launch pad. In order to meet the immense propellant needs of the company's massive Starship and Super Heavy booster, the tanks had to be gigantic.

"Up to at least 74 LOX deliveries!" senior spaceflight reporter Eric Ralph noted in a Thursday tweet. According to Ralph's back-of-the-envelope calculations, one of the company's three LOX tanks could be filled in a matter of days.

"Still, for context, I believe that the ~1500 tons delivered so far would only fill a single Super Heavy LOX tank about 60 percent of the way," he added in a follow-up tweet.

It's still not entirely clear what SpaceX's plan is. But given the quickening pace of deliveries, an orbital test flight may not be too far ahead.

The news comes after space competitor Blue Origin lost its legal challenge over NASA awarding SpaceX its coveted Human Landing Systems contract. The decision comes as an enormous win for SpaceX, and could allow the space company to better focus its efforts on getting Starship into orbit and onward to the Moon.

When the orbital test launch will take place is anybody's guess, though, and dependent on other contingencies. Last month, SpaceX CEO Elon Musk said that Starship will be ready for its first orbital launch attempt" this month, "pending regulatory approval."

The US Federal Aviation Administration is still conducting its environmental review. The regulator finished up with two public hearings in mid-October, but we have yet to hear its final assessment.

So for now, all we can do is hope that SpaceX is given the green light in the upcoming weeks for what is bound to be a spectacular show.

More on Starship: NASA Employee Says SpaceX’s Starship Is About to Change Everything