It's a big win for SpaceX and Elon Musk. 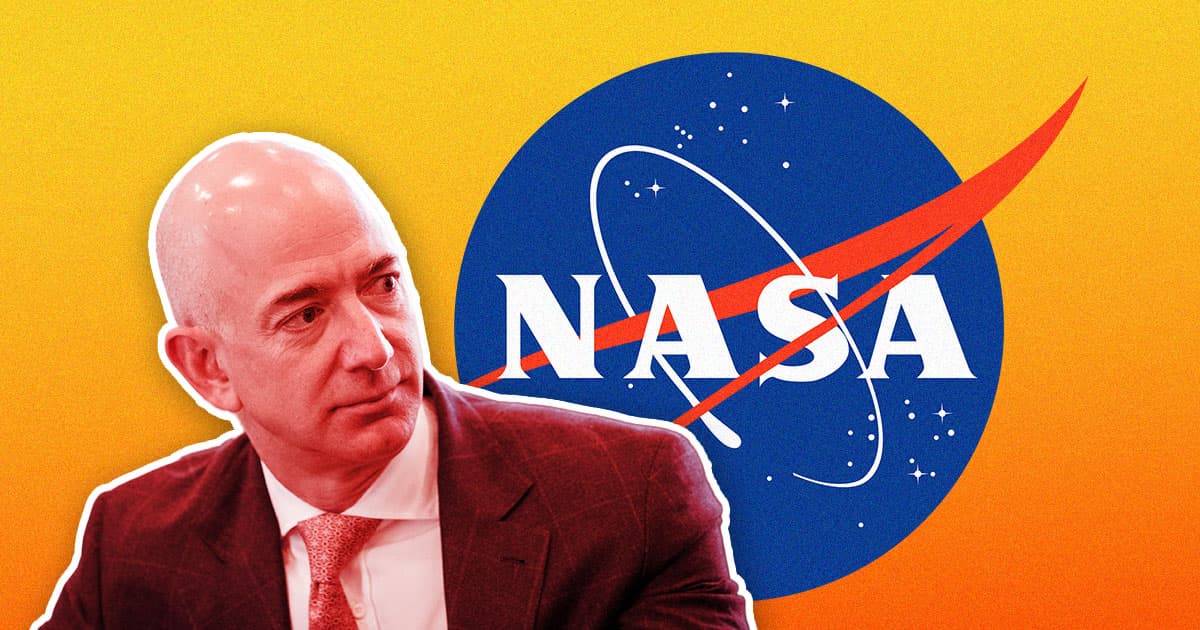 A federal judge has shot down Blue Origin's lawsuit against NASA for its decision to award SpaceX — rather than both SpaceX and Blue Origin — its coveted Human Landing Systems contract.

It's a major hit to Blue Origin's tireless legal actions against NASA's decision to choose its competitor, and a major win for SpaceX. The Elon Musk-led company could soon get back to work toward returning astronauts to the lunar surface in a matter of just three years.

In true Elon Musk fashion, the billionaire CEO posted a screenshot of the 1995 movie "Judge Dredd" on Twitter with the words "you have been judged" overlaid.

Here's the saga so far: NASA is contracting SpaceX to develop a lunar lander for the agency's upcoming crewed trips to the Moon, which are tentatively scheduled to begin as soon as 2024.

NASA's decision to choose SpaceX as the sole winner of the HLS contract back in April was met with rage by Blue Origin. The company filed a lawsuit in August against NASA, which ended up turning into a massive setback for SpaceX's plans to develop a lunar variant of its Starship spacecraft. That's because NASA was forced to halt the $2.9 billion contract, ceasing all work.

The judge has now ordered both parties, Blue Origin and NASA, to meet and discuss how to go forward.

The decision didn't come as a shock.

Musk is likely having a good day in light of the decision. Bezos' litigious efforts have been a thorn in the side for Musk, leading to him openly mocking Bezos on a number of occasions.

In early September, Musk went as far as to suggest that SpaceX should "zap [Bezos] on the head with our space lasers."

"He should consider spending some money on actual lunar lander hardware, instead of shady lobbyists," Musk tweeted at the time.

Is this end of Blue Origin's efforts to contest NASA's decision? All we can do is wait and see.

More on Blue Origin: A Guy Quit Blue Origin and Sent Jeff Bezos a Memo That Tore the Company to Shreds

Read This Next
Burning Bridges
Elon Musk Says He Can't Give Free Starlink to Ukraine Anymore After Officials There Were Mean to Him
Musk v. USA
Elon Musk Furious That the Government Isn't Giving Him More Free Money
No Scope
People Are Furious at Space Telescope's Homophobic Name Again
The Saga Continues
SpaceX President Defends Elon Musk Against Sexual Misconduct Claims
Dark Musk
The Dark Reason Elon Musk Is Trashing His Own Newest Employees
More on Future Society
Unorthodox Urinal
Friday on the byte
Scientists Say They've Figured Out the Ideal Urinal for Not Splashing Back
Abso-Effing-Lutely
Friday on futurism
Free Speech Absolutist Elon Musk Discovers That Some Speech Is Unacceptable After All
Might See Nonsense
Friday on futurism
MSN Fired Its Human Journalists and Replaced Them With AI That Started Publishing Fake News About Mermaids and Bigfoot
READ MORE STORIES ABOUT / Future Society
Keep up.
Subscribe to our daily newsletter to keep in touch with the subjects shaping our future.
+Social+Newsletter
TopicsAbout UsContact Us
Copyright ©, Camden Media Inc All Rights Reserved. See our User Agreement, Privacy Policy and Data Use Policy. The material on this site may not be reproduced, distributed, transmitted, cached or otherwise used, except with prior written permission of Futurism. Articles may contain affiliate links which enable us to share in the revenue of any purchases made.
Fonts by Typekit and Monotype.