"Our current culture is toxic to our success and many can see it spreading throughout the company." 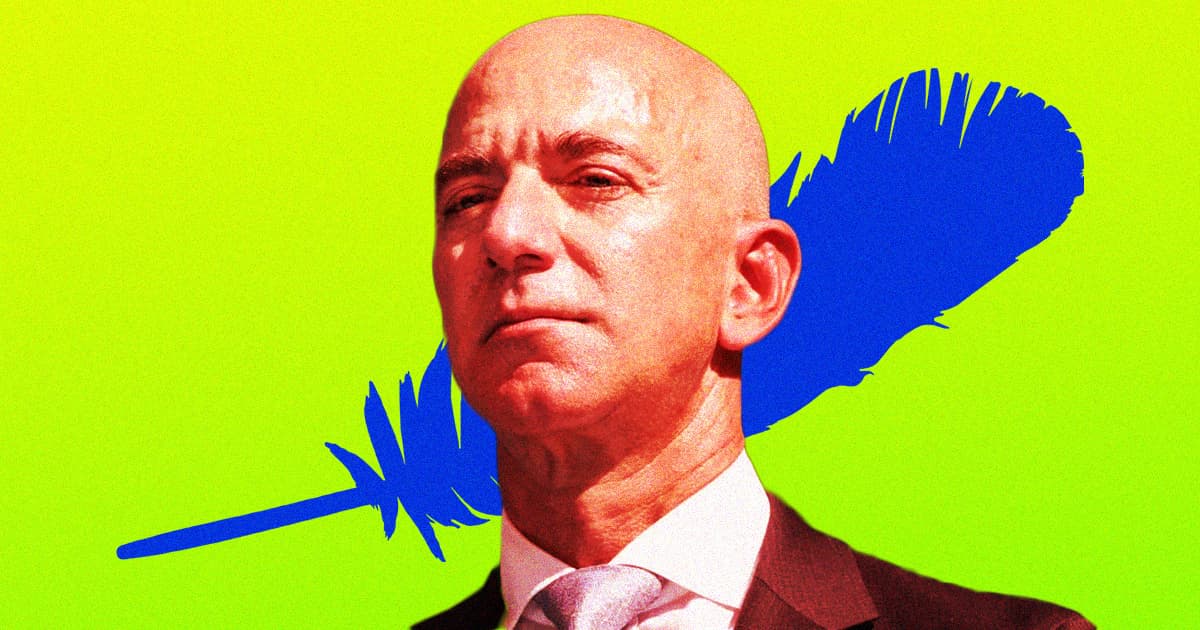 Another week, another scathing account of Blue Origin's dysfunctional and toxic work culture.

A new Washington Post investigation, which draws from interviews with more than 20 current and former Blue Origin employees, paints an extremely troubling picture, from rampant sexism to ineffective and condescending micromanagement by executives.

One mid-level employee sent co-founder Jeff Bezos and the rest of the company's leadership an excoriating memo upon his departure in 2019, telling the execs that "our current culture is toxic to our success and many can see it spreading throughout the company," according to WaPo, noting that "the loss of trust in Blue’s leadership is common."

Those are sentiments echoed by many of the space company's other former and present employees.

"The C-suite is out of touch with the rank-and-file pretty severely," an unnamed former top exec told the newspaper. "It’s very dysfunctional. It’s condescending. It’s demoralizing, and what happens is we can’t make progress and end up with huge delays."

The news comes just two weeks after an essay signed by 21 current and former employees painted a similarly troubling picture of the company's work environment. Three of those its signers were able to confirm allegations made in the essay to WaPo reporters.

It's clear from the outside that Blue Origin has struggled to keep up with the competition. The company was planning to fly its heavy-lift New Glenn rocket last year, but we still have yet to see a prototype.

It has also faced significant delays in producing the engine meant to carry New Glenn and the United Launch Alliance's Vulcan Centaur vehicle into orbit.

Most recently, the company lost an enormous NASA lunar lander contract to SpaceX, which has drawn the ire of the space company's leadership, culminating in Bezos suing the space agency.

Reports about Blue Origin's toxic work culture have often centered around CEO Bob Smith, whose leadership style has done little to build a healthy work culture, according to the report.

"It’s bad," one former top executive told WaPo. "Leadership has not engendered any trust in the employee base."

Bezos stepped down as Amazon CEO in February and is committing more of his weekly schedule to Blue Origin. Whether that will be enough to reinvigorate employees and allow the company to turn a new page is uncertain.

But at this point, "you basically need a new executive team and a totally new culture" to "start over," one industry official told WaPo.

Bezos, Smith, and Blue Origin declined to comment to WaPo, despite Bezos' ownership of the newspaper.

Read This Next
Shot Well
Head of NASA Relieved to Hear Elon Musk Isn't REALLY Running SpaceX
Pale Blue Shat
William Shatner Explains Why His Trip to Space Was Horrible
Overview Effect
William Shatner Says His Space Trip Left Him With a Feeling of Terrible Grief
Makeover Scene
Space Tourist Says He's Thinking About Flying SpaceX Craft Up to Fix Hubble
Grain of Salt
There's a Huge Problem With Elon Musk's Promise to Bring Starlink to Iran
More on Off World
Heavy Metal
Yesterday on the byte
NASA Mars Rover Finds Metallic Object That Smashed Down on Surface
Small But Mighty
Yesterday on the byte
Baby Asteroid Photobombs James Webb On Accident
Little Guy
Yesterday on the byte
Scientists Prototype "Creeping" Lizard-Like Robot for Exploring Mars
READ MORE STORIES ABOUT / Off World
Keep up.
Subscribe to our daily newsletter to keep in touch with the subjects shaping our future.
+Social+Newsletter
TopicsAbout UsContact Us
Copyright ©, Camden Media Inc All Rights Reserved. See our User Agreement, Privacy Policy and Data Use Policy. The material on this site may not be reproduced, distributed, transmitted, cached or otherwise used, except with prior written permission of Futurism. Articles may contain affiliate links which enable us to share in the revenue of any purchases made.
Fonts by Typekit and Monotype.