"There is great concern that Blue is not putting enough attention and priority on the engine." 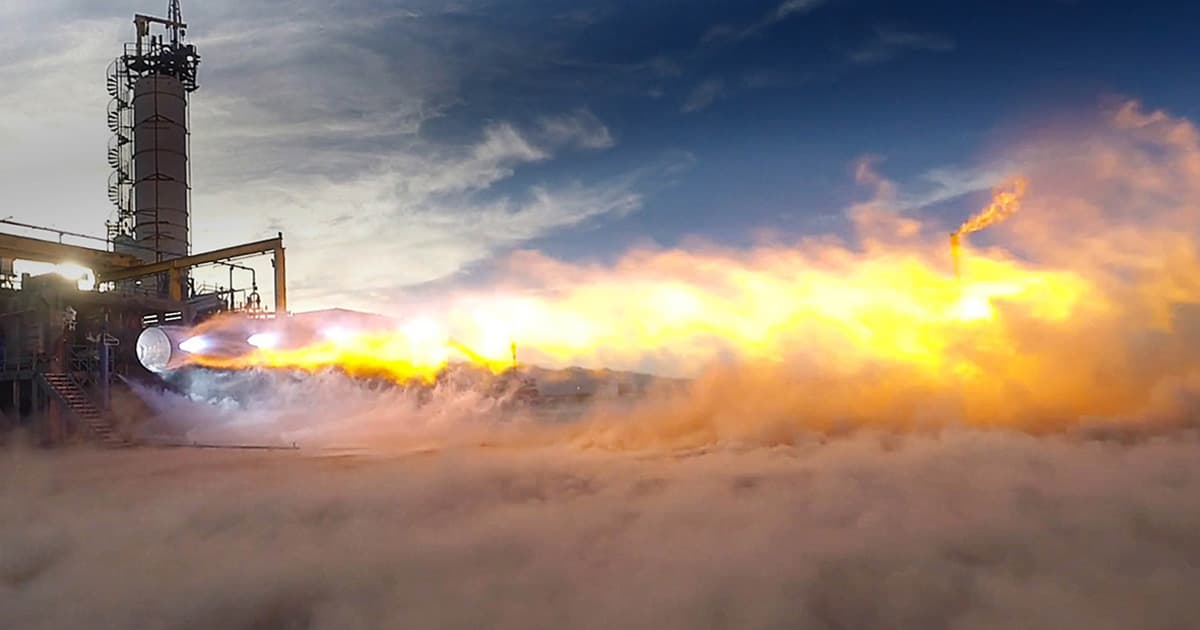 Jeff Bezos' space company, Blue Origin, is reportedly falling out of favor with one of its largest customers.

The United Launch Alliance (ULA) is planning to use two of Blue Origin's BE-4 rocket engines to build its Vulcan rocket, a two-stage, heavy-lift launch vehicle that's currently under development.

It's an agreement that dates back almost seven years. But the engine is now years behind schedule, as Ars Technica's Eric Berger reports, to the dismay of ULA's leadership.

Bruno is still publicly optimistic, claiming back in December that Vulcan still has a chance to launch some time this year — but a 2022 launch is far more likely, Berger argues. A hot fire test of the rocket, including flight engines, was scheduled for this summer but has yet to take place.

The CEO, however, has been unusually patient with Blue Origin and hasn't publicly griped about the delays.

"It does no good to throw Blue Origin under the bus," an unnamed source told Berger.

So the SpaceX competitor had to go out looking for an alternative. In 2014, ULA chose Blue Origin's BE-4 over rocket developer Aerojet Rocketdyne's AR1.

Aerojet may not be entirely out of the race, Berger reports. In fact, ULA co-owner Lockheed is looking to acquire the rocket maker.

But reversing its decision to go with the BE-4 could prove extremely difficult. Even the AR-1 won't be fired up until late last year, according to CNBC. The two engines also use different sources of fuel, requiring extensive modifications.

So for now, ULA is stuck while its waiting for Blue Origin to finalize its BE-4 engine. Even Bezos's flight to the edge of space later this month won't be much of a distraction.

READ MORE: Increasingly, the ULA-Blue Origin marriage is an unhappy one [Ars Technica]

Read This Next
From Our Partners
This NASA Apollo 15 Commemorative Watch Is Historic In Its Own Right
From Our Partners
LifeShip Puts The DNA Of Somebody You Love On The Moon
Space Beef
Elon Musk: SpaceX Competitor "A Complete Waste of Taxpayer Money"
Walk The Walk
Bezos Coughs Up Pathetic 7% of Net Worth to Fight Climate Change
Moon Zoom
Jeff Bezos Just Unveiled Blue Origin's Moon Lander
More on Sci-Fi Visions
What is Happening
Wednesday on the byte
Elon Musk Sets His Twitter Account to Private
From the Dept. of...
Monday on futurism
The Best Humidifiers of 2023
Human v. Giraffe
Jan 24 on the byte
Chaotic Italian Fashion Line Baffles Facial Recognition Software
READ MORE STORIES ABOUT / Sci-Fi Visions
Keep up.
Subscribe to our daily newsletter to keep in touch with the subjects shaping our future.
+Social+Newsletter
TopicsAbout UsContact Us
Copyright ©, Camden Media Inc All Rights Reserved. See our User Agreement, Privacy Policy and Data Use Policy. The material on this site may not be reproduced, distributed, transmitted, cached or otherwise used, except with prior written permission of Futurism. Articles may contain affiliate links which enable us to share in the revenue of any purchases made.
Fonts by Typekit and Monotype.