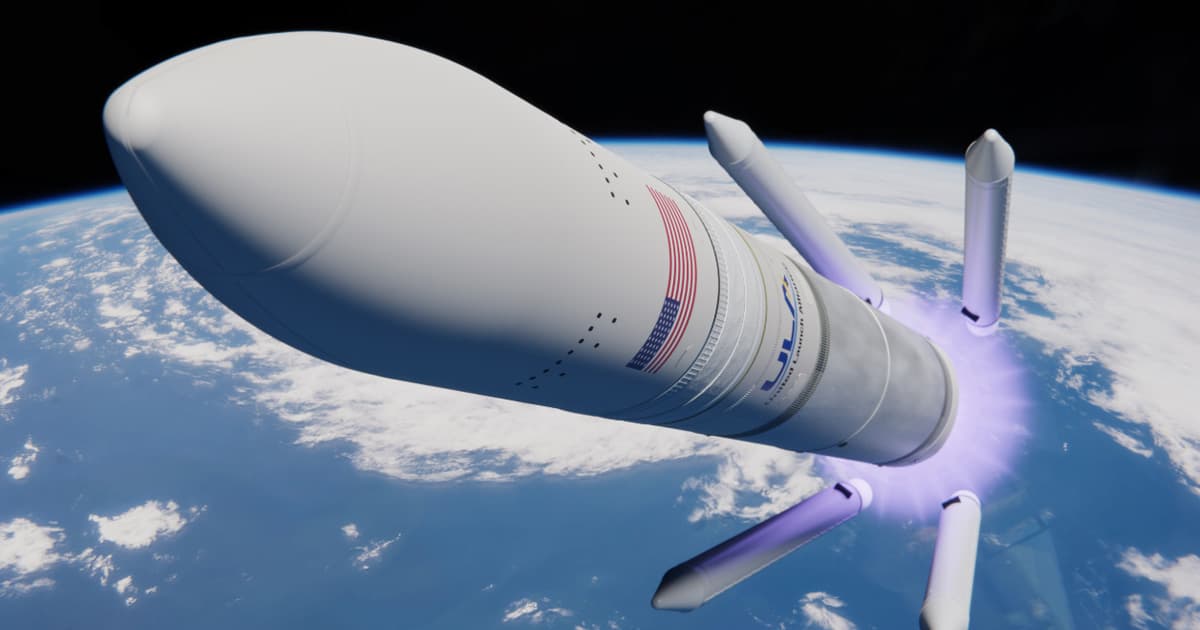 In a light-hearted exchange on Twitter this week, SpaceX CEO Elon Musk offered to give its competitor United Launch Alliance (ULA) a leg up.

When invited to see the development of ULA's Vulcan Centaur rocket for himself by CEO Tory Bruno, Musk offered to "bring a few spare engines... I mean, just in case."

"Thank you for the kind offer," Bruno replied. "But, I hear your bird flys [sic] with quite a few and I wouldn’t want to leave you short," he added, likely referring to the fact that SpaceX is planning to strap more than 30 Raptor engines to its own heavy lift rocket Super Heavy.

The jovial exchange showed Musk's more affable side — though he's still as prone as ever to lashing out at his enemies online.

The Vulcan Centaur rocket is a two-stage, heavy-lift launch vehicle ULA has been developing since 2014. It's the spiritual successor to the Atlas V and Delta IV rockets, and can lift up to 15,900 pounds to geosynchronous orbit or 52,900 pounds to low-Earth orbit.

Its main purpose is to launch payloads on behalf of the US Space Force and intelligence agencies. The rocket's maiden voyage is tentatively scheduled for next year.

The rocket has been under assembly at rocket company Dynetics' facility. That's notable, considering the company is directly competing with SpaceX on NASA's Human Lander Systems contract. Alongside Blue Origin, Dynetics recently filed a protest to NASA's decision to pick SpaceX only to develop a lunar lander for crewed missions to the Moon starting in 2024.

While it's unlikely the billionaire Musk was serious about his offer, a few extra Raptor engines wouldn't have helped ULA out that much anyway.

When asked if Vulcan can "use Raptors," Bruno explained in a follow-up tweet that it wouldn't work.  "Rocket and engine are designed together. And... this was just a joke."

More on Musk: Did Elon Musk Quietly Fire the President of Neuralink?