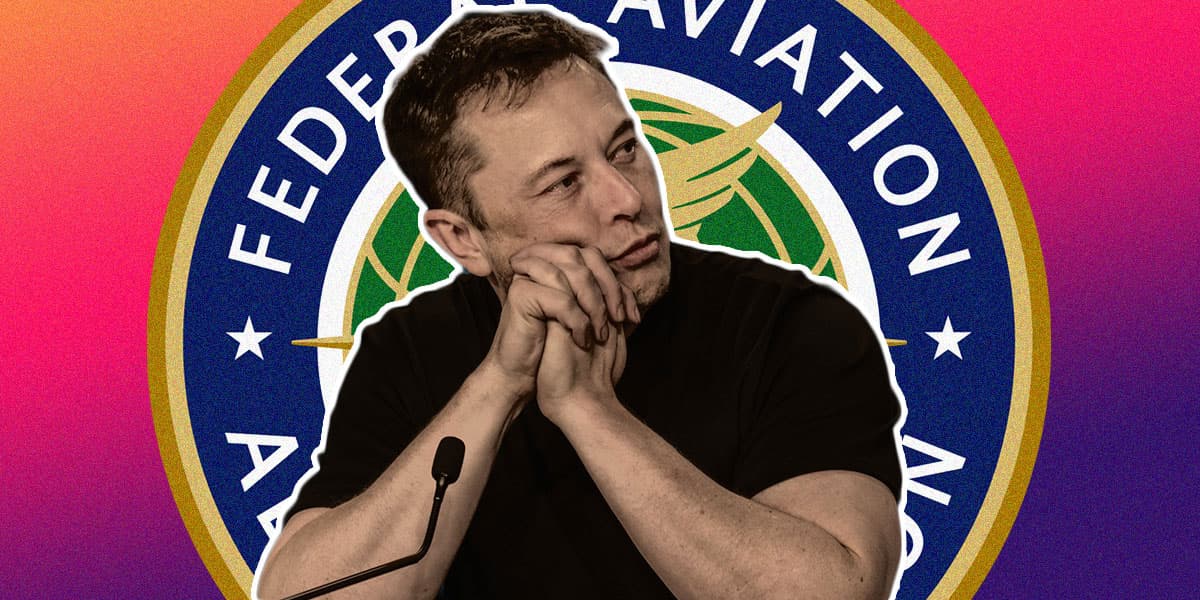 Elon Musk is extremely angry at the FAA.

Elon Musk is extremely angry at the FAA.

After complaining that regulators are keeping his space company's ambitions back for years, Elon Musk had yet another setback to contend with.

The plan was to send 88 satellites, including three Starlink internet satellites, into orbit as part of SpaceX's Transporter 2 rideshare mission. But then things went off the rails.

"Unfortunately, launch is called off for today, as an aircraft entered the 'keep out zone,' which is unreasonably gigantic," Musk complained in a tweet.

"There is simply no way that humanity can become a spacefaring civilization without major regulatory reform," he added. "The current regulatory system is broken."

It's yet another instance of Musk railing against regulations, many of which were set up long before private companies were sending satellites into orbit.

The Falcon 9 rocket, erected at the Space Launch Complex 40 at Cape Canaveral, Florida, was a mere 11 seconds away from launch when the countdown hold was called. It would've been the eighth flight of the rocket's first stage.

"Hold called due to Range being no-go; teams are setting up for tomorrow's backup opportunity," SpaceX wrote in a tweet. The roughly one-hour launch window will open back up again on Wednesday at 2:56 pm.

Holds have become an increasingly large thorn in Musk's side. The billionaire has repeatedly voiced his discontent with what he says are overly limiting airspace regulations, and has ended up in disputes with the Federal Aviation Administration (FAA) on a number of occasions.

In January, Musk argued in a tweet that "unlike its aircraft division, which is fine, the FAA space division has a fundamentally broken regulatory structure," after the regulatory body reportedly scrubbed the launch of an early Starship prototype.

SpaceX is launching more rockets than ever before — and at an unprecedented rate, including 19 Falcon 9 launches this year alone. That also means future delays may end up being almost inevitable.

"Their rules are meant for a handful of expendable launches per year from a few government facilities," Musk wrote in the January tweet. "Under those rules, humanity will never get to Mars."

More on SpaceX: Elon Musk Says He Goes on Twitter to Check on Starship’s Progress

Rolling Coal
Space Travel Will Absolutely Gut the Environment, Scientists Warn
Jun 29
Read More
Free Speech Champion Elon Musk Fires Employees for Criticizing Him
Jun 17
Read More
Uh Oh
Something Very Bad Might Be About to Go Down at NASA
Jun 8
Read More
+Social+Newsletter
TopicsAbout UsContact Us
Copyright ©, Camden Media Inc All Rights Reserved. See our User Agreement, Privacy Policy and Data Use Policy. The material on this site may not be reproduced, distributed, transmitted, cached or otherwise used, except with prior written permission of Futurism. Fonts by Typekit and Monotype.