It's also the second largest philanthropic donation of all time. 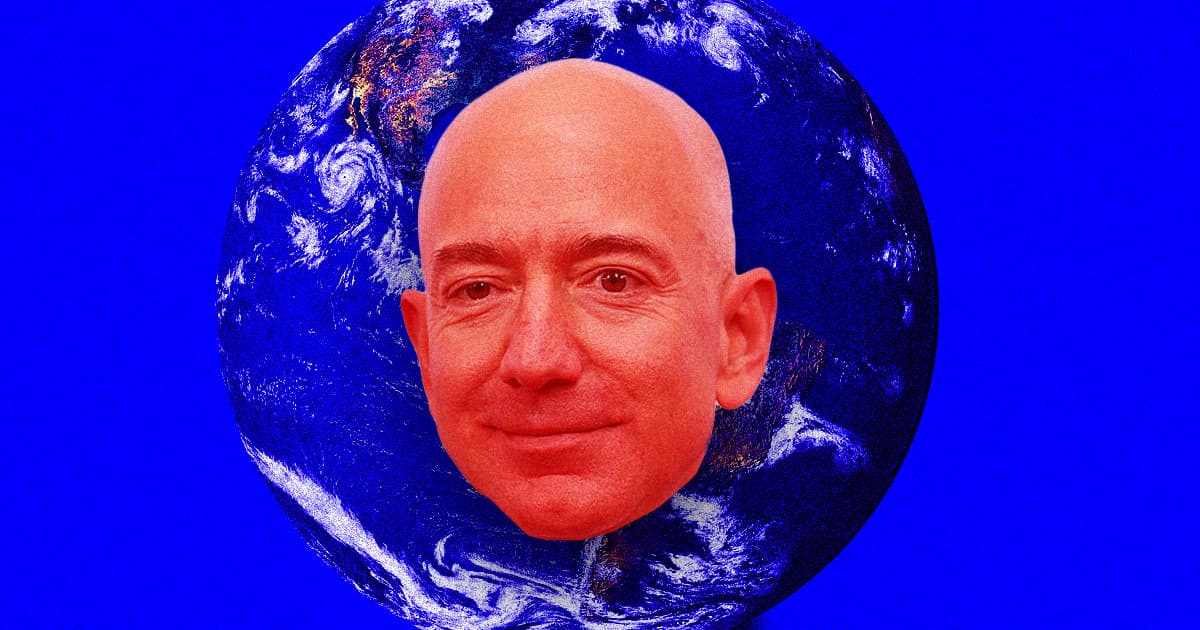 In an Instagram post, Jeff Bezos announced a pledge: $10 billion to combat climate change — a mere 7.7 percent of his $130 billion net worth. To some, it's the epitome of generosity — to others, his decision will sound hollow and void of meaning.

Today, I’m thrilled to announce I am launching the Bezos Earth Fund.⁣⁣⁣ ⁣⁣⁣ Climate change is the biggest threat to our planet. I want to work alongside others both to amplify known ways and to explore new ways of fighting the devastating impact of climate change on this planet we all share. This global initiative will fund scientists, activists, NGOs — any effort that offers a real possibility to help preserve and protect the natural world. We can save Earth. It’s going to take collective action from big companies, small companies, nation states, global organizations, and individuals. ⁣⁣⁣ ⁣⁣⁣ I’m committing $10 billion to start and will begin issuing grants this summer. Earth is the one thing we all have in common — let’s protect it, together.⁣⁣⁣ ⁣⁣⁣ - Jeff

"This global initiative will fund scientists, activists, NGOs — any effort that offers a real possibility to help preserve and protect the natural world," wrote the Amazon CEO in his post. "We can save Earth. It’s going to take collective action from big companies, small companies, nation states, global organizations, and individuals.⁣"

Sure, $10 billion's plenty of money, but Bezos himself is at the helm of a company that's had a rocky relationship with efforts to protect the environment in the past. A growing number of Amazon employees, who formed the "Amazon Employees for Climate Justice," have spent most of 2019 urging their employer to cut ties with fossil fuel companies and eliminate its greenhouse gas emissions by 2030, among other demands, through organizing walkouts.

Amazon didn't handle its employees fighting for a healthier planet very well, either. In (the newspaper Bezos owns) a Washington Post report in January revealed that Amazon told two employees they had violated Amazon's company communications policy by criticizing the company's environmental impact in October, and threatened to fire them.

The e-commerce giant has made moves recently trying to clean up its act. The company made a pledge in September to go carbon neutral by 2040 and make deliveries using some 100,000 electric vehicles by 2030 — built of course by a new startup that Amazon is itself invested in.

And its act is far from clean right now. Amazon is still a massive polluter in 2020, contributing considerably to the problem of climate change. In September, Amazon revealed it's emitted about 44.4 million metric tons of CO2 in 2018, putting it in the same ranks as oil and gas producers, as The New York Times reports.

And then there's Bezos' own commitment to this planet. Bezos has spent a considerable amount of his time and fortune on developing ways to explore and even colonize space and beyond through his company Blue Origins.

"If you want to protect the Earth, save the Earth, we have to go to space," he said during a speech a year ago.