The UN believes the hack may be tied to a journalist’s brutal murder. 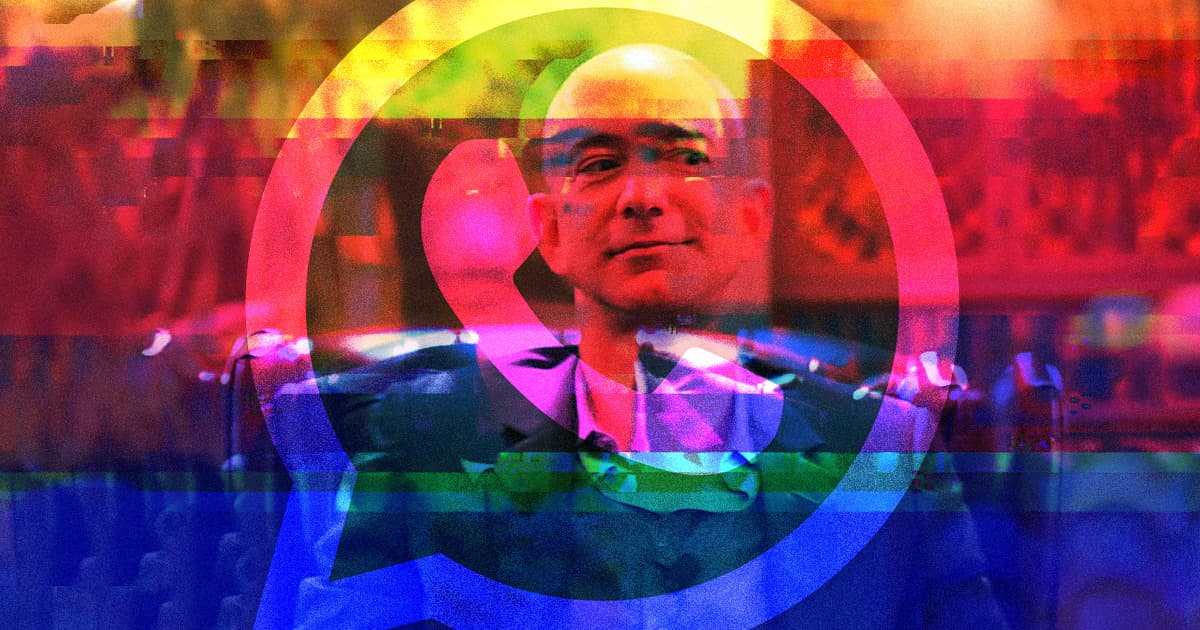 A bizarre plot involving the richest man in the world, his mistress, and the successor to the Saudi Arabian throne is currently unfolding — and it may shine new light on the savage murder of a political journalist.

The story begins — more or less — in January 2019, when the National Enquirer published text messages and intimate photos sent between Amazon owner Jeff Bezos and his mistress, former news anchor Lauren Sanchez. The same day, Bezos and his then-wife MacKenzie Bezos announced their separation via a joint statement.

Bezos immediately hired a team of digital forensic experts to analyze his phone and figure out how the data leaked.

Two months later, one of those investigators, Gavin De Becker, wrote in an essay for The Daily Beast that the National Enquirer's parent company, American Media Inc., tried to position Sanchez's brother, Michael Sanchez, as the source of the data — but that that wasn't the conclusion Bezos' team had reached.

"Our investigators and several experts concluded with high confidence that the Saudis had access to Bezos’ phone, and gained private information," De Becker wrote.

What De Becker didn't share in the Daily Beast essay is how Saudi Arabia gained access to Bezos phone — but according to new reporting by The Guardian, it was none other than Saudi crown prince Mohammed bin Salman, often known as MBS, who personally set the hack in motion by sending Bezos a tainted file.

Two anonymous sources told the newspaper that the hack of Bezos' phone actually took place in May 2018, one month after Bezos gave his personal number to MBS at a dinner.

MBS then sent Bezos a video via his personal WhatsApp account. Within hours of the video's receipt, "large amounts of data were exfiltrated from Bezos' phone," one source told The Guardian.

Now, it's hard to imagine the second most powerful man in Saudi Arabia hacked the phone of the world's richest man just because he was hoping for some steamy photos — and that's where the murder of Jamal Khashoggi fits in.

Khashoggi was a U.S.-based Saudi journalist for The Washington Post, which Bezos bought in 2013. He wrote many articles criticizing Saudi Arabia and MBS, and in October 2018, he was brutally killed and dismembered inside the Saudi consulate in Istanbul, Turkey.

Saudi Arabia later sentenced five people to death for the murder, claiming it was a "rogue operation," but the U.S. Central Intelligence Agency concluded that MBS personally ordered the assassination.

In response to the Guardian story, United Nations experts are now calling for an investigation into the hack in relation to Khashoggi's murder and the potential that it may have been part of a wider effort to influence the American media.

"[MBS] probably believed that if he got something on Bezos it could shape coverage of Saudi Arabia in the Post," Middle East expert Andrew Miller told The Guardian. "It is clear that the Saudis have no real boundaries or limits in terms of what they are prepared to do in order to protect and advance MBS, whether it is going after the head of one of the largest companies in the world or a dissident who is on their own."

Saudi Arabia, meanwhile, called reports that it was behind the hack "absurd" and announced plans to launch its own investigation.

Whether any of these investigations lead to new facts regarding Khashoggi's murder or not, the bizarre situation seems to hammer home at least one truth about life in the digital era: no one's data is ever completely secure — not even that of the richest man in the world.

More on Bezos: Jeff Bezos: "One Day, Amazon Will Fail"

Read This Next
Deadly Delivery
Amazon Wouldn't Let Driver Stop Deliveries as Tornado Struck
Phone It In
Amazon Under Fire for Workplace Cell Phone Ban After Deadly Warehouse Collapse
SpaceX:1 Blue Origin: 0
Federal Judge Shoots Down Blue Origin's Lawsuit Against NASA
Cover Your Ears Bernie
IRS Leak Shows Elon Musk Paid $0 in Federal Income Tax in 2018
Brands We Love
Make Your Online Security A Real Priority In 2019 With ExpressVPN
More on Future Society
Sleeping Tweeps
5:00 PM on the byte
Elon Musk Installs Washing Machine at Twitter HQ So Overworked Employees Can Wash Their Filthy Rags
Phoney Business
Yesterday on the byte
Amazon Says It'll Pay You $2 Per Month to Spy on Your Phone's Internet Traffic
Elon Tusk
Yesterday on the byte
Rick and Morty Fans Now Embarrassed by Elon Musk's "Cringe" Cameo
READ MORE STORIES ABOUT / Future Society
Keep up.
Subscribe to our daily newsletter to keep in touch with the subjects shaping our future.
+Social+Newsletter
TopicsAbout UsContact Us
Copyright ©, Camden Media Inc All Rights Reserved. See our User Agreement, Privacy Policy and Data Use Policy. The material on this site may not be reproduced, distributed, transmitted, cached or otherwise used, except with prior written permission of Futurism. Articles may contain affiliate links which enable us to share in the revenue of any purchases made.
Fonts by Typekit and Monotype.