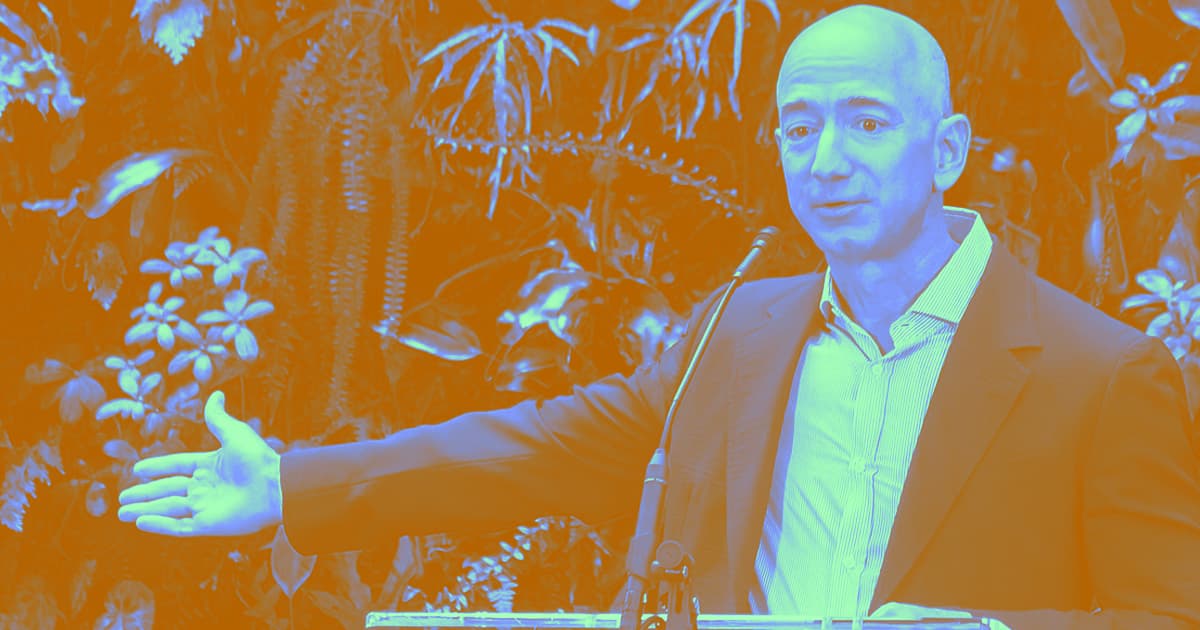 The Amazon CEO turned his attention to the future — and warned that no empire lasts forever.

The Amazon CEO turned his attention to the future — and warned that no empire lasts forever.

During an all-hands meeting last week in Seattle, AmazonCEO Jeff Bezos reportedly predicted that the company would one day go bankrupt.

"Amazon is not too big to fail," he said, according to CNBC, which reviewed audio from the meeting. "In fact, I predict one day Amazon will fail. Amazon will go bankrupt. If you look at large companies, their lifespans tend to be 30-plus years, not a hundred-plus years."

Bezos's admission is striking because Amazon was on top of the world this week, riding the high after announcing that its much-hyped HQ2 will be split between New York and D.C.

In the light of that success, Bezos turned his attention to the company's longterm future — and advised the retail giant's workers not to become complacent, lest it follow in the footsteps of Sears, which filed for bankruptcy last month.

"If we start to focus on ourselves, instead of focusing on our customers, that will be the beginning of the end," he said. "We have to try and delay that day for as long as possible."

READ MORE: Jeff Bezos to Employees: 'One Day, Amazon Will Fail' but Our Job Is to Delay It as Long as Possible [CNBC]