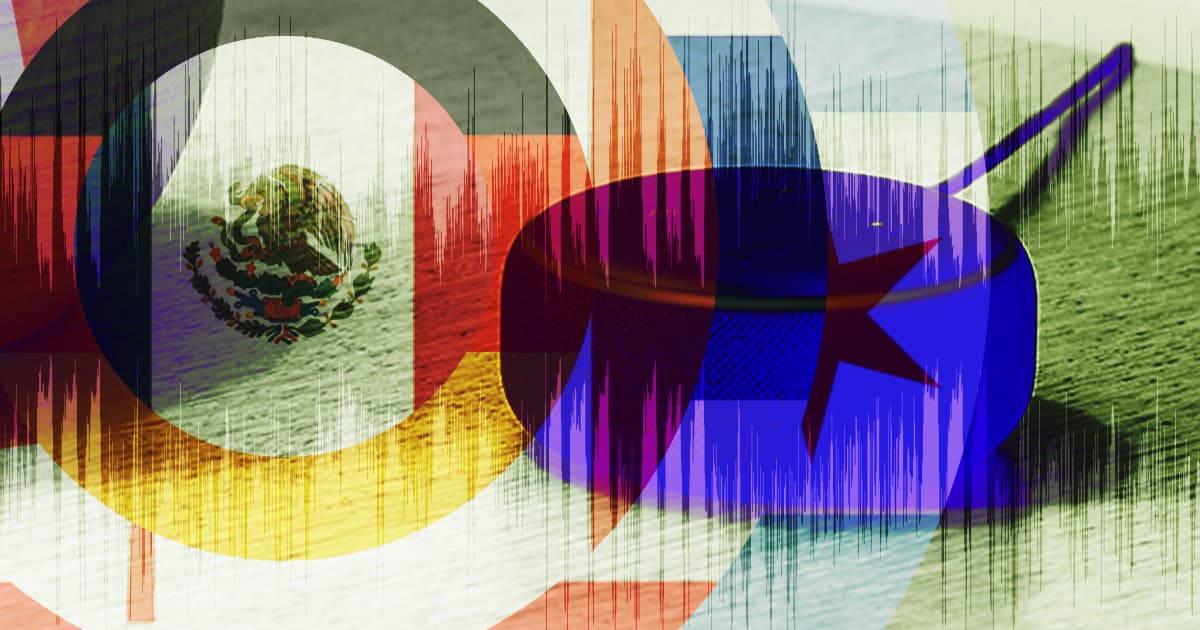 This patented tech raises all sorts of red flags.

This patented tech raises all sorts of red flags.

In October, Amazon patented a technology that it says would allow its AI assistant to analyze a user's voice and infer everything from their health status to their likely nation of origin — capabilities that governments could use against people, warn privacy experts in a newly published story by The Intercept.

It's easy to see how Amazon could benefit from the technology described in the patent. Alexa could hear that a user coughs between words and offer to order flu medicine for them. If the AI believes the user is speaking in Chinese-accented English, it could suggest that they purchase a device that streams Chinese-language television in real time.

Kind of creepy? Yes. But all that different from what Amazon and its ilk already do? Not really.

The real trouble could arise if a government decided it wanted access to this information Amazon would collect on users, surveillance and cybersecurity lawyer Jennifer Granick told the Intercept.

"Let’s say you have [Immigration and Customs Enforcement] go to one of these providers and say, 'Give us all the subscription information of people who have Spanish accents'… in order to identify people of a particular race or who theoretically might have relatives who are undocumented," she said. "So you can see that this type information can definitely be abused."

Of course, it's important to keep in mind that a patent approval is no guarantee that Amazon — or any other company — will ever actually create this accent-detecting technology. And there's no evidence of a government expressing interest in the technology, either.

Still, it's always worth considering the potential unintended consequences of any new technology — especially when the company wielding that tech is one with as wide of a reach as Amazon.

READ MORE: Amazon's Accent Recognition Technology Could Tell the Government Where You're From [The Intercept]

More on Amazon patents: An Amazon Patent Would Use Cages to Keep Employees "Safe"

Poop Music
Genius Musicians Are Making Songs That Play When Children Yell "Poop" at Alexa
9. 3. 22
Read More
Stalker Aid
Experts Horrified by Facial Recognition Site That Digs Up "Potentially Explicit" Photos of Children
7. 19. 22
Read More
Gamer Gab
Microsoft: We Stopped Listening to Your Xbox Convos "Months Ago"
8. 22. 19
Read More
+Social+Newsletter
TopicsAbout UsContact Us
Copyright ©, Camden Media Inc All Rights Reserved. See our User Agreement, Privacy Policy and Data Use Policy. The material on this site may not be reproduced, distributed, transmitted, cached or otherwise used, except with prior written permission of Futurism. Articles may contain affiliate links which enable us to share in the revenue of any purchases made.
Fonts by Typekit and Monotype.