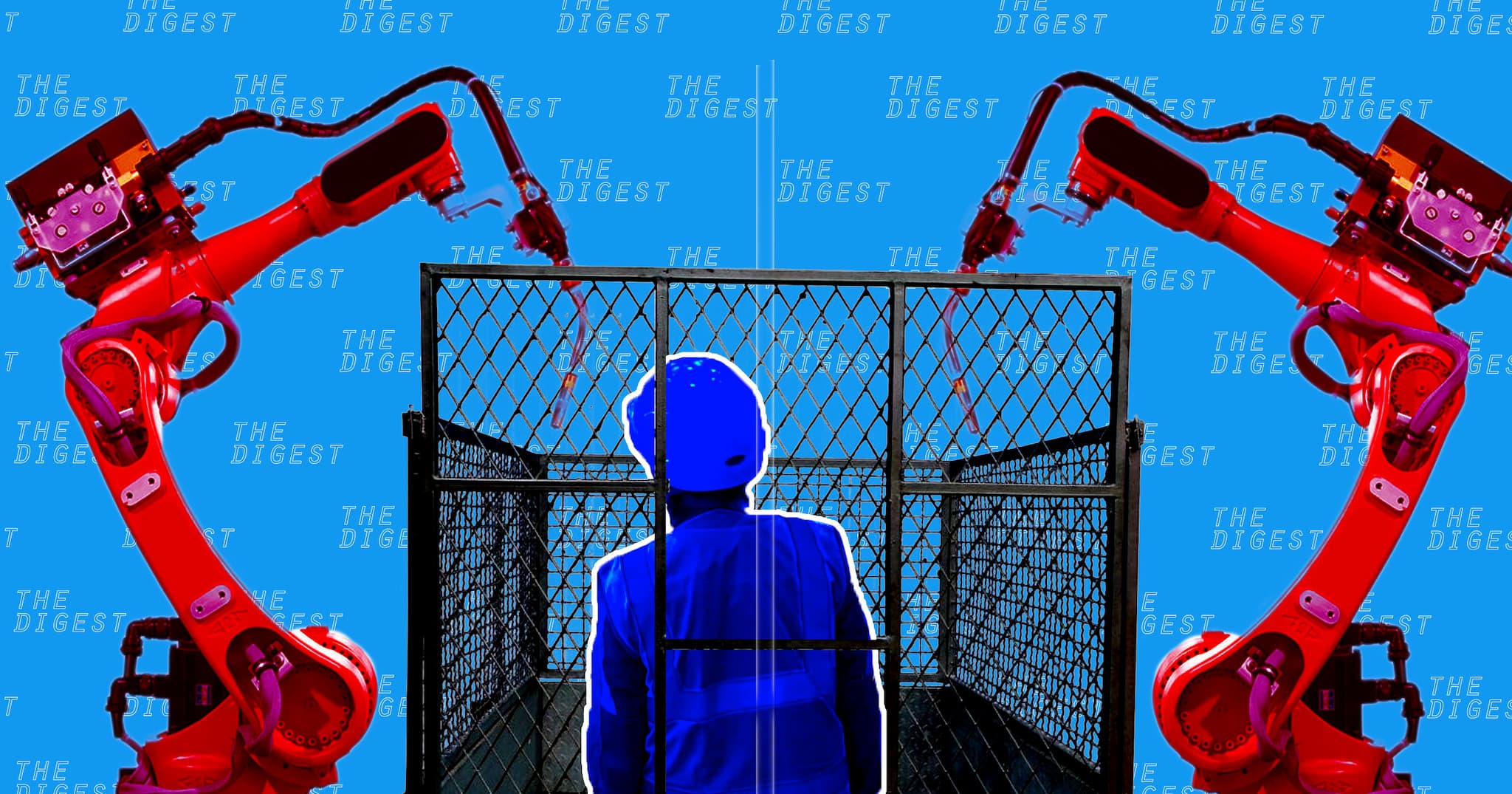 An Amazon Patent Would Use Cages to Keep Employees "Safe"

The company has already come up with a better, less-confining solution.

The company has already come up with a better, less-confining solution.

RAT IN A CAGE.

In 2016, Amazon patented a system that would place warehouse workers in metal cages. A robotic trolley would ferry those cages around so that the workers could repair broken machinery or retrieve dropped objects.

Researchers describe Amazon's cage system in a study of the Amazon Echo published online on Friday.

Here's a bit of good news: the patent application shows the purpose of the system isn't to confine workers, but to keep them safe.

"Traversing an active workspace of automated mobile drive units poses safety concerns for the human operators who traverse the active workspace," according to the patent application.

It's like cage diving with sharks, if the sharks were actually industrial robots.

This isn't Amazon's first scheme that paints an unsettling picture for factory workers of the future. The company also holds patents for wristbands that track workers' movements, self-destructing drones, and warehouses in the sky.

However, a handful of patents does not a dystopian future make. Countless of them never move beyond the idea stage, and Amazon itself says it has no plans to bring its caged worker system to fruition.

"Sometimes even bad ideas get submitted for patents. This was never used and we have no plans for usage," Dave Clark, Amazon's Senior Vice President of Operations, tweeted on Friday. "We developed a far better solution which is a small vest associates can wear that cause all robotic drive units in their proximity to stop moving." A vest instead of a cage? We'll take it.

READ MORE: Amazon Has Patented a System That Would Put Workers in a Cage, on Top of a Robot [Seattle Times]

More on Amazon patents: Can You Guess Which of These Amazon Schemes Are Real and Which Are Fake?