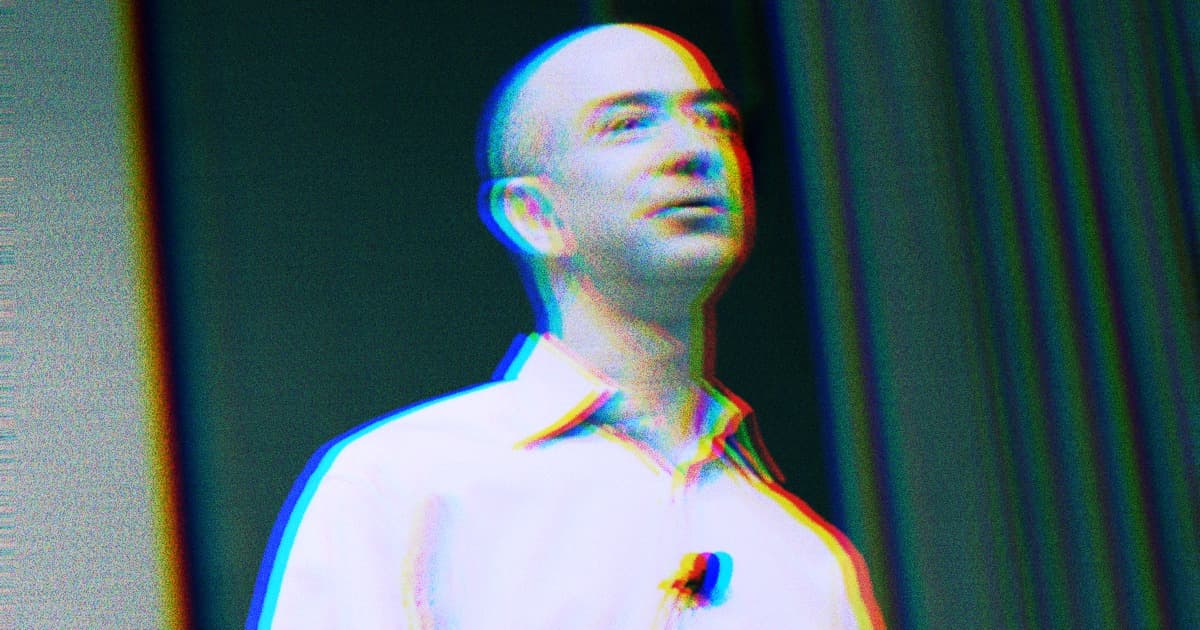 “We have tried several different ways to create 50-megabyte files for more efficient filing, all without success thus far.”

“We have tried several different ways to create 50-megabyte files for more efficient filing, all without success thus far.”

As if NASA didn’t have enough issues on their hands, the agency's computers keep crashing because the files from Blue Origin’s lawsuit are too big — resulting in a further delay to SpaceX’s Human Landing System (HLS) contract.

The size of Blue Origin’s lawsuit (which clocks in at more than seven gigabytes worth of PDFs) is causing the Department of Justice’s Adobe software to crash, according to documents obtained by space reporter Joey Roulette. The issue stems from the fact that the Acrobat can’t combine "several hundred files at one time without crashing."

"We have tried several different ways to create 50-megabyte files for more efficient filing, all without success thus far," the document reads.

NASA "reluctantly agrees" to extend the stay on SpaceX's HLS contract by a week bc the 7GB+ of case-related docs in the Blue Origin suit keeps causing DOJ's Adobe software to crash and key NASA staff were busy at Space Symposium this week, causing delays to a filing deadline. lol pic.twitter.com/HcTHsTAUfZ

To further rub salt in NASA’s wounds, the crash has resulted in a weeklong delay to the HLS contract award to SpaceX because the agency staff that could have fixed the issue were at the 36th Annual Space Symposium last week.

"Travel to and from and participation in this important conference has hindered the agency’s ability to collect and review documents in the possession of these individuals, and process appropriate documents for inclusion in the administrative record," the document read.

The original end date of NASA’s stay of SpaceX’s contract was slated for November 1st. Now, it’s been pushed to November 8th.

It seems as though Jeff Bezos’ plot to get back at NASA for awarding SpaceX the HLS contract back in April is going off like the grand scheme of a Bond villain. Early last week, NASA chief Bill Nelson announced that Blue Origin’s lawsuit would "further delay" the Artemis program.

Meanwhile, SpaceX has to sit and wait until their stay of performance is through. As with all things NASA and DOJ related, though, there’s no telling when it might actually end.

All in all, this is merely a parting shot from Bezos who likely knows he’s lost out on the contract for good to Blue Origin’s chief rival. He just wants to go down fighting while he can.

No Scope
People Are Furious at Space Telescope's Homophobic Name Again
7. 13. 22
Read More
DIY NASA
Amateur Rocket Builders Planning to Launch Astronaut Into Space
2. 1. 22
Read More
Deadly Delivery
Amazon Wouldn't Let Driver Stop Deliveries as Tornado Struck
12. 17. 21
Read More
+Social+Newsletter
TopicsAbout UsContact Us
Copyright ©, Camden Media Inc All Rights Reserved. See our User Agreement, Privacy Policy and Data Use Policy. The material on this site may not be reproduced, distributed, transmitted, cached or otherwise used, except with prior written permission of Futurism. Articles may contain affiliate links which enable us to share in the revenue of any purchases made.
Fonts by Typekit and Monotype.