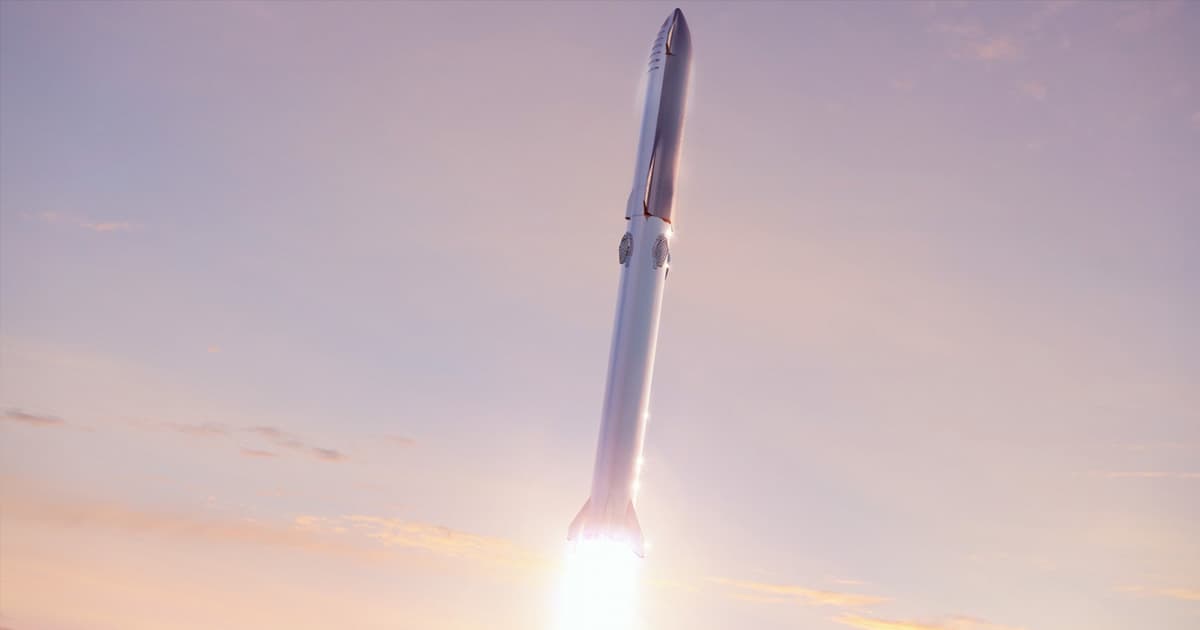 SpaceX Wants to Catch Starship Booster With Its Own Launch Tower

"We’re going to try to catch the Super Heavy Booster with the launch tower arm, using the grid fins to take the load."

"We’re going to try to catch the Super Heavy Booster with the launch tower arm, using the grid fins to take the load."

SpaceX CEO Elon Musk says the company plans to eventually try to catch a Super Heavy booster — the rocket that will launch the SpaceX Starship — with its own launch tower.

It’s an extremely bold idea, and one that would put both the Super Heavy booster and the launch tower itself at risk of catastrophic failure, according to Ars Technica. But if it does work, the accomplishment would be a major step forward in SpaceX’s plans for reusing more and more of its rockets, even shortly after they land.

Musk mentioned the idea on Twitter in response to a simulated Super Heavy landing.

“We’re going to try to catch the Super Heavy Booster with the launch tower arm, using the grid fins to take the load,” Musk tweeted.

We’re going to try to catch the Super Heavy Booster with the launch tower arm, using the grid fins to take the load

If the plan works — and as Ars Technica notes, that’s a big “if” — Musk suggested in a later tweet that the Super Heavy may be ready for reuse within one hour since it’s landing on its own launch site.

Aside from a quicker turnaround time, using the launch tower to catch a Super Heavy booster would allow SpaceX to build the rocket to be lighter and therefore more efficient as a vehicle. Without using the tower, the booster would need to land on its own legs, which Ars Technica calculates would add about five to ten metric tons of weight.

In theory, it seems like a good way to lighten the load, but it remains to be seen whether SpaceX will be able to execute the idea without smashing its own tower in the process.

READ MORE: SpaceX may try to catch a falling rocket with a launch tower [Ars Technica]

More on SpaceX: SpaceX Just Reused a Single Booster for the 6th Time