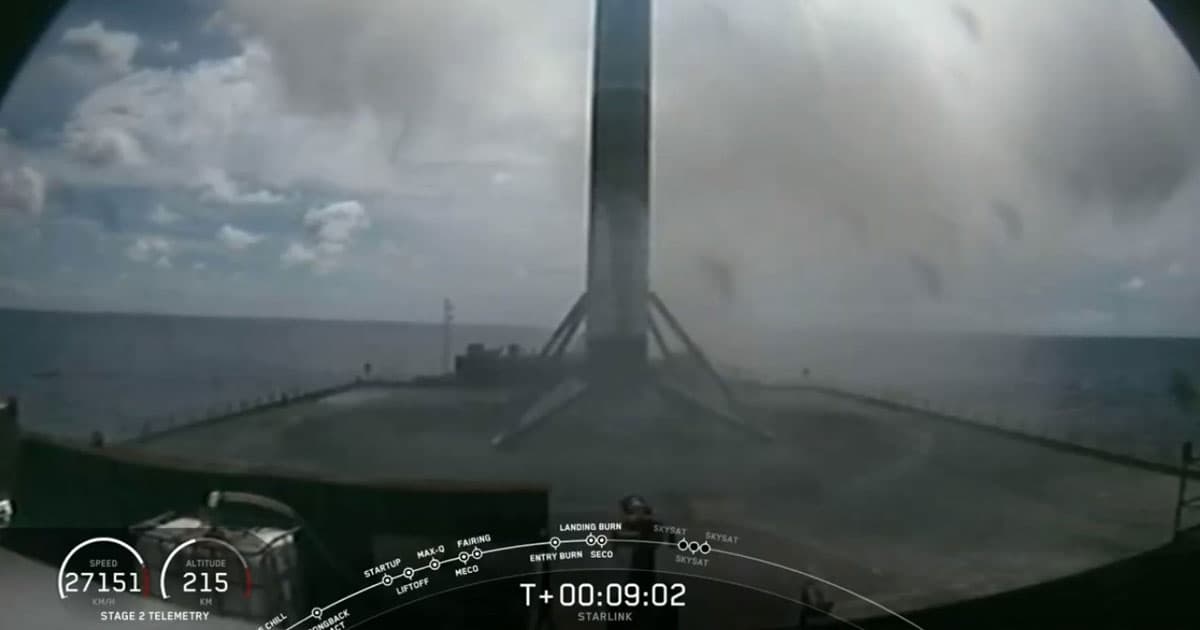 SpaceX Just Reused a Single Booster for the 6th Time

SpaceX is making it look easy.

SpaceX is making it look easy.

SpaceX just beat its own record by reusing a single Falcon first stage for the sixth time.

The rocket was part of the company's 11th Starlink mission, carrying 58 internet-beaming satellites, as well as three SkySats for private Earth imaging company Planet, into orbit. It took off at exactly 10:31 ET from Cape Canaveral Air Force Station in Florida.

Then the veteran first stage, called B1049.6, effortlessly plunged back towards the Earth and aced its landing on the drone ship called "Of Course I Still Love You" in the Atlantic.

Falcon 9’s first stage has landed on the Of Course I Still Love You droneship – first time a booster has completed six flights! pic.twitter.com/A8bbTinGOA

It's a major milestone. The previous record, also held by SpaceX, was when the company managed to reuse the same rocket for the fifth time in March.

The launch also reused a since-refurbished fairing, which was recovered during SpaceX's fourth Starlink mission.