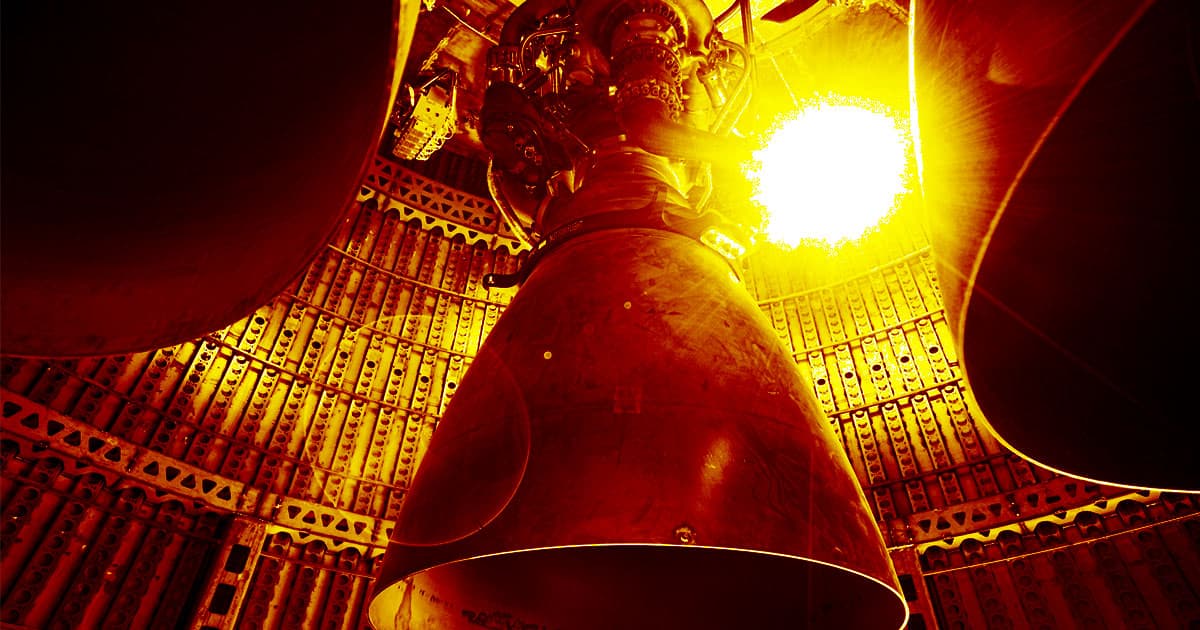 Yet another milestone for Starship.

Yet another milestone for Starship.

The company is planning to use six of the engines to eventually get its massive Starship spacecraft off the ground, while a Super Heavy booster itself will likely need closer to 40.

"Raptor engine just reached 330 bar chamber pressure without exploding!" Musk exclaimed in a Monday tweet. That's quite a lot of pressure, even for a rocket engine, surpassing the previous record of the Soviet's RD-701 engine from the 1980s, as Teslarati reports.

SpaceX will still have to prove that the Raptor engine can burn for long-duration flights — and that it can be reused for the Starship. We also still don't know if the Raptor engine, in a Falcon Heavy booster configuration, will be able to reach orbit.

According to Teslarati, SpaceX will have to vastly increase the production of Raptor engines, and test whether they can sustain pressure over a burn of five to ten minutes.

As for the next test flight, the eighth full-scale Starship prototype, dubbed SN8, will likely be tested using three of the engines up to a maximum altitude of 20 kilometers, as opposed to the 150 meters during SN5's test hop, on August 4 2020.

More on the engines: Watch SpaceX's Epic Starship Test Flight From the Inside