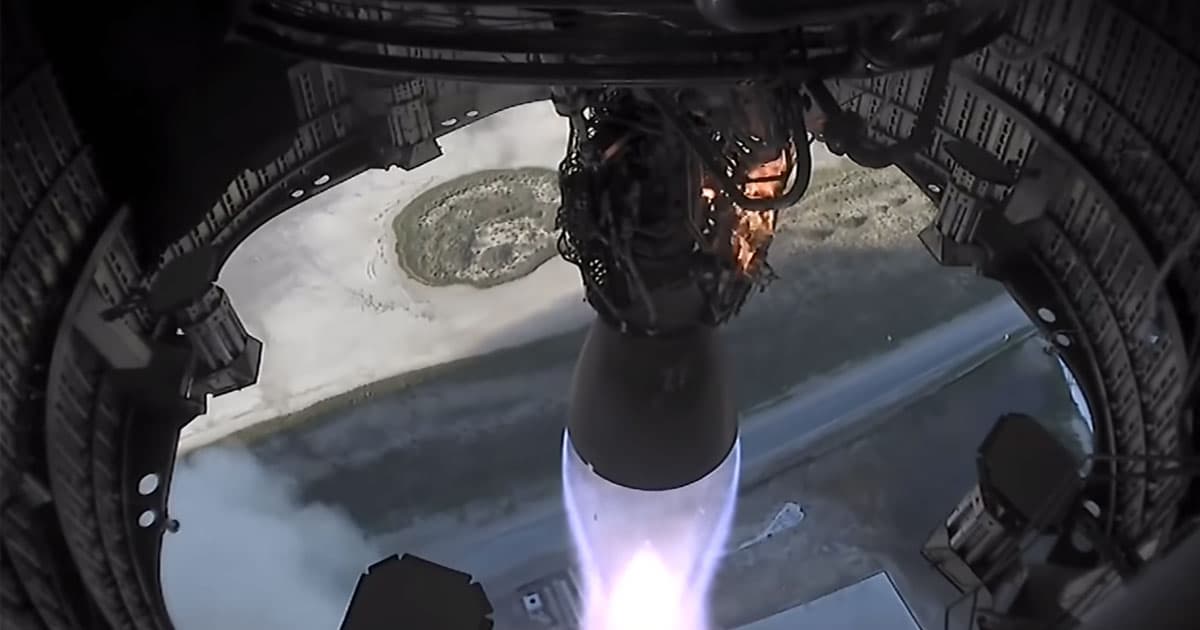 Now in high definition — and from the inside.

Now in high definition — and from the inside.

And Now in HD

And now, we get to watch the event not from a shaky camera set up miles away by onlookers — but in crispy high definition video, courtesy of SpaceX, recorded by drones surveying the incredible event and even inside the giant rocket itself.

The internal view even shows the self-stabilizing Raptor engine pumping out thrust by burning liquid methane and oxygen.

Towards the end of SpaceX's video, Starship's six stubby and telescopic legs can be seen swinging out from inside the chassis, ensuring the prototype can securely make its landing.

SpaceX has changed the design of the vehicle's landing legs during development. Early versions, as shown in renders, resembled those found on SpaceX's Falcon 9 rocket boosters, extending from the rocket's sides.

The leg design shown off in today's video, however, differs greatly from Falcon 9's, flipping down from attachment points inside Starship's fuselage. They're designed to allow landings on uneven ground — including the lunar and Martian surface.