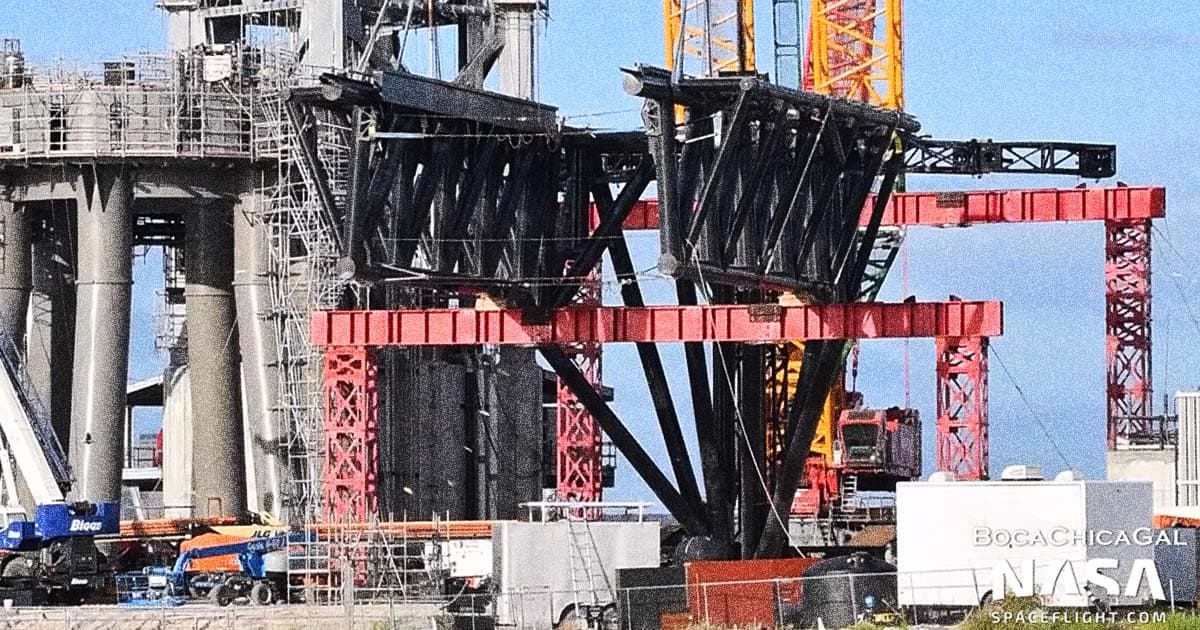 After much anticipation, SpaceX has finally installed its "robot chopsticks" on the Super Heavy booster launch tower.

The chopsticks are actually a set of massive arms that will be used to recover the giant Super Heavy booster as it lands, catching it as it comes back down to Earth. While SpaceX founder Elon Musk initially announced the catch arms back in December 2020, it wasn’t until Tuesday that the company was able to assemble the chopsticks and place them on the launch assembly.

You can check out a full video of its assembly below courtesy of NASASpaceFlight:

The arms are a part of "Mechazilla," Musk’s nickname for the launch structure. He also said that the robot chopsticks would be used to catch Starship as well, which would give it a very prominent role at SpaceX’s Boca Chica facility.

It’s going to be interesting to see how — and if — the system works. If they can pull it off, it’ll add another captivating element to the company's already unbelievable rocket landings.