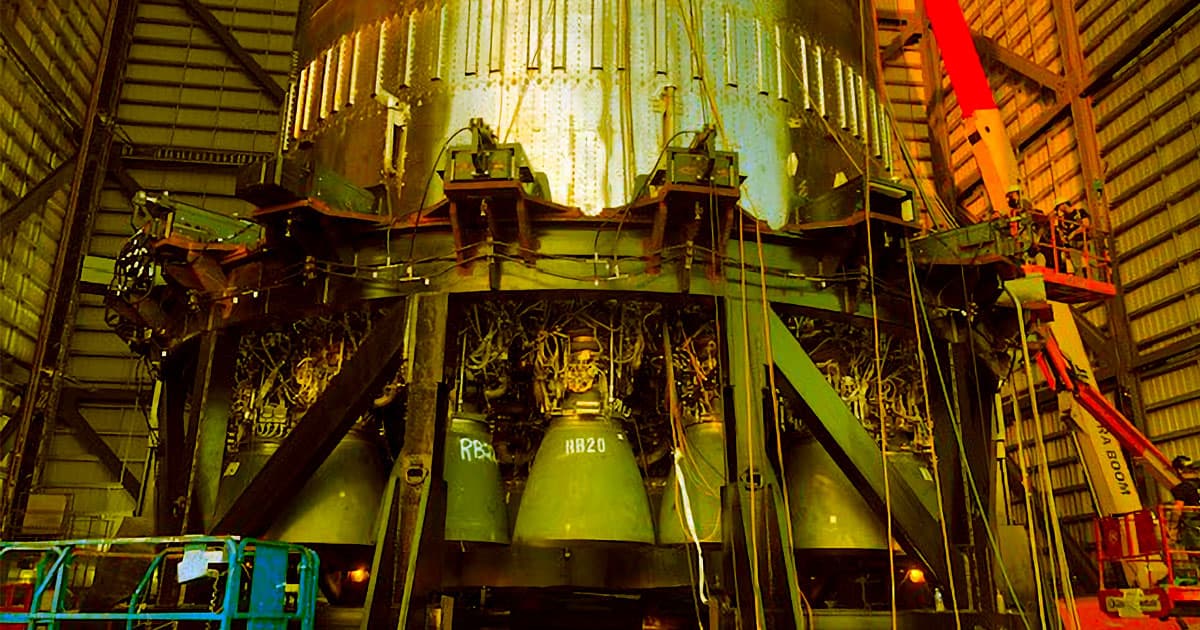 "Success is not guaranteed, but excitement is!"

"Success is not guaranteed, but excitement is!"

According to SpaceX CEO Elon Musk, the space company will attempt something very different to recover its massive Super Heavy booster after it launches.

He was referring, of course, to the giant robotic tower SpaceX is building to catch the primary rocket stage after it gives the company's Starship spacecraft a boost into orbit.

True to character, Musk reasserted his penchant for classic movies, adding a link to a clip from the 1984 hit "The Karate Kid" that involves catchings flies with chopsticks.

"Success is not guaranteed, but excitement is!" Musk added.

It's an exciting moment in the development of Starship. Without its giant booster, the spacecraft isn't capable of escaping Earth's gravitational pull — but we're finally inching closer to seeing the first Super Heavy leave the ground.

Last year, Musk revealed how "Mechazilla" — the CEO's nickname for the structure — will enable a soft landing.

"We’re going to try to catch the Super Heavy Booster with the launch tower arm, using the grid fins to take the load," Musk tweeted in December in response to a fan-made animation. In other words, the two tower arms will act as a pair of "giant chopsticks" to guide the booster back to the ground.

Musk also revealed earlier this month that Mechazilla will be used to catch Starship as well — except on the Moon and Mars, where he astutely noted there isn't yet any "infrastructure."

SpaceX will likely attempt a static test fire of the prototype in the coming weeks. But a full test launch could still be some time away. The Federal Aviation Administration is still completing an environmental review that could drag on for weeks if not months.

But when the first Super Heavy leaves the ground, we will certainly be watching live.