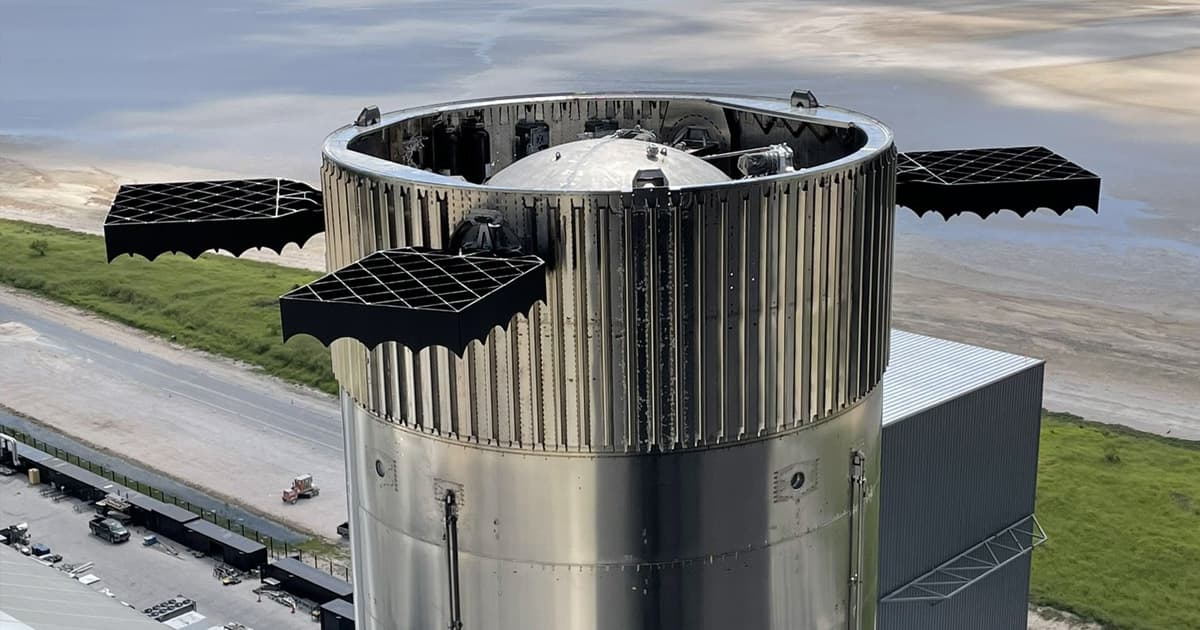 SpaceX is getting closer and closer to launching its first massive Starship prototype — into orbit, or at least in its general direction, if something happens to go wrong again.

The Elon Musk-led space company just rolled out the first orbital-class prototype of its Super Heavy booster, a 230-foot rocket stage designed to hoist its 160-foot Starship spacecraft into space.

Images and videos shared by Musk on Tuesday show the booster being moved to the company's orbital launch mount. Over the weekend, engineers installed a whopping 29 Raptor rocket engines into the base of the booster.

And the stakes are about to get a whole lot higher: test flights to orbit require far more thrust than simple hops to ten kilometers. Previous test flights of Starship spacecraft prototypes have only involved a handful of engines — not an additional rocket booster with 29 engines.

Before the company can launch the nearly 400-foot stack of spacecraft and booster, the Federal Aviation Administration will have to conduct an environmental review, because the orbital launch facilities at the company's yet to be approved by the regulator.

The relationship between the regulator and SpaceX has been shaky, to say the least. On multiple occasions, SpaceX has decided to go ahead and test launch its Starship prototypes despite not getting a green light from the FAA.

Now, once again, SpaceX is working at a breakneck pace to get its first Starship spacecraft into orbit. Whether that will end up complying with the regulator's lengthy environmental review remains to be seen.

Once a "draft" of the review is made public, a 30-day period for public comments will kick off, as Ars Technica reports. After that, the FAA will have to determine if any adjustments have to be made to comply with environmental laws.

And that's likely way too much waiting for Musk.