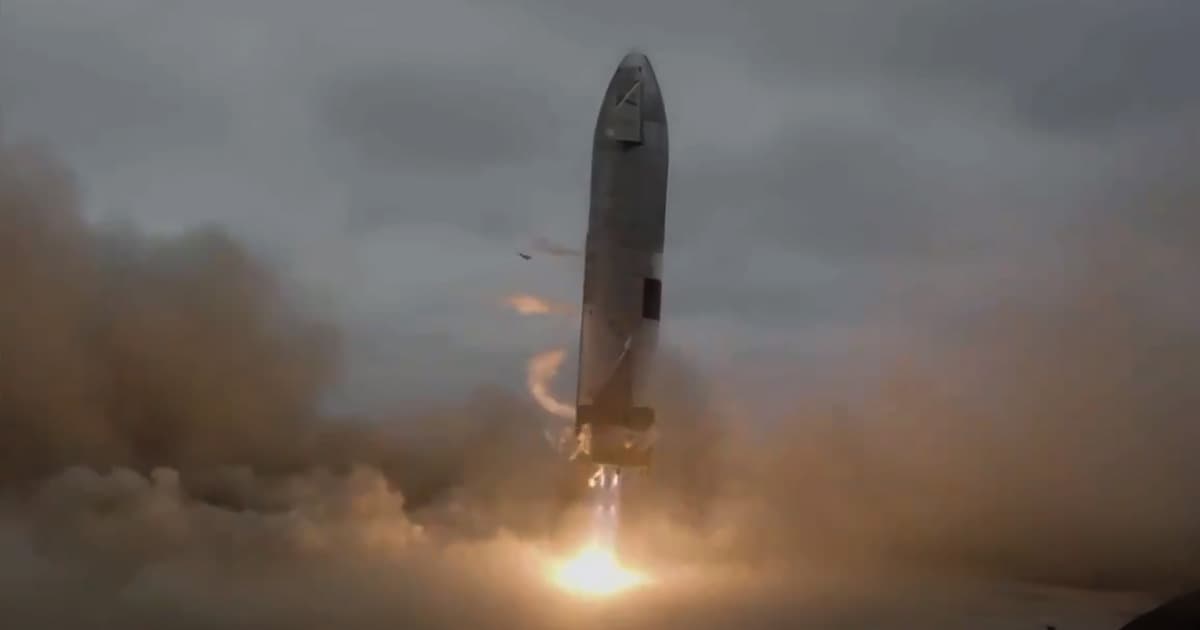 SpaceX has released glorious footage of its fifth high-altitude test flight of its Mars-bound rocket, Starship.

The test flight, which took place on May 5, marked the first time the Elon Musk-led company managed to land a full-scale prototype of the 165-foot rocket — without it exploding dramatically.

The new footage shows the massive structure dubbed SN15 lift off from the launch pad at the company's facilities in South Texas, perform a dramatic "belly-flop" maneuver high above the clouds, and then reappear below the cloud cover prior to landing.

It's a remarkable achievement of engineering, showing SpaceX's tremendous progress in developing the platform that's soon meant to take the first astronauts to the surface of the Moon since the Apollo missions.

The video shows the prototype's three Raptor engines shifting in a dance-like maneuver to ensure the rocket is upright to make a vertical landing. The maneuver has proven difficult as previous iterations of the rocket have made hard landings, causing them to blow up.

A different video put together by the YouTube channel Cosmic Perspective shows the same launch in incredible slow-motion.

The company has already made moves to launch SN15 for a second time, potentially the first time a Starship prototype has flown once again.

Engineers moved the giant prototype back to the launch pad on Monday — much earlier than expected, as Teslarati reports.