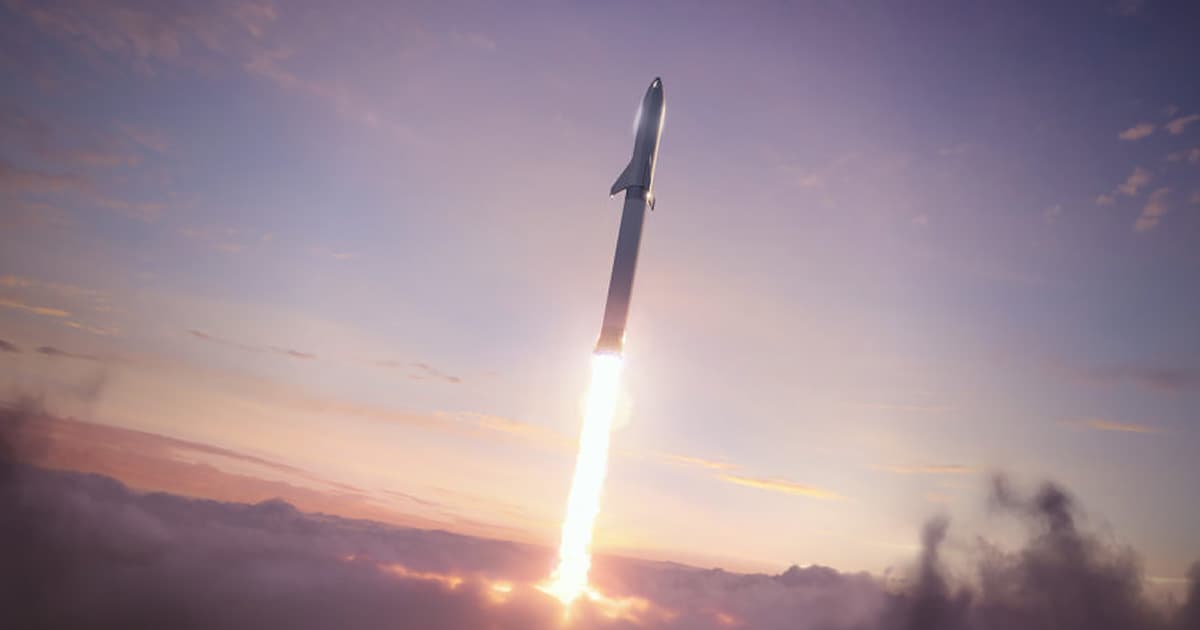 The goal is to take take off from Texas — and land off the coast of Hawaii.

The goal is to take take off from Texas — and land off the coast of Hawaii.

In a document filed with the Federal Communications Commission, first spotted by The Verge, SpaceX has outlined its plans for the first orbital test flight of its Starship platform.

Going orbital is a key stepping stone towards sending the first humans to the Moon since the Apollo missions — and even Mars — making this journey a key inflection point for the Elon Musk-led space company.

To go orbital, Starship's Super Heavy booster, a gigantic 230 foot rocket stage, will help it take off from SpaceX's facilities in South Texas.

"The Booster stage will separate approximately 170 seconds into flight," the document reads. "The Booster will then perform a partial return and land in the Gulf of Mexico approximately 20 miles from the shore."

Starship will then continue on to fly between the Florida Straits, go orbital, and make a "powered, targeted landing" about 62 miles off the northwest coast of Kauai in a "soft ocean landing."

It's still unclear what such a landing will entail.

The Elon Musk-led company is hoping to "collect as much data as possible during flight to quantify entry dynamics and better understand what the vehicle experiences in a flight regime that is extremely difficult to accurately predict or replicate computationally."

It's an exciting new development in SpaceX's efforts to deliver the first astronauts to the surface of the Moon since 1972 under a contract with NASA.

The company has launched five full-scale prototypes of its Starship so far, with the latest one becoming the first to safely land.

Perhaps, we will soon see the first one to make it to space.