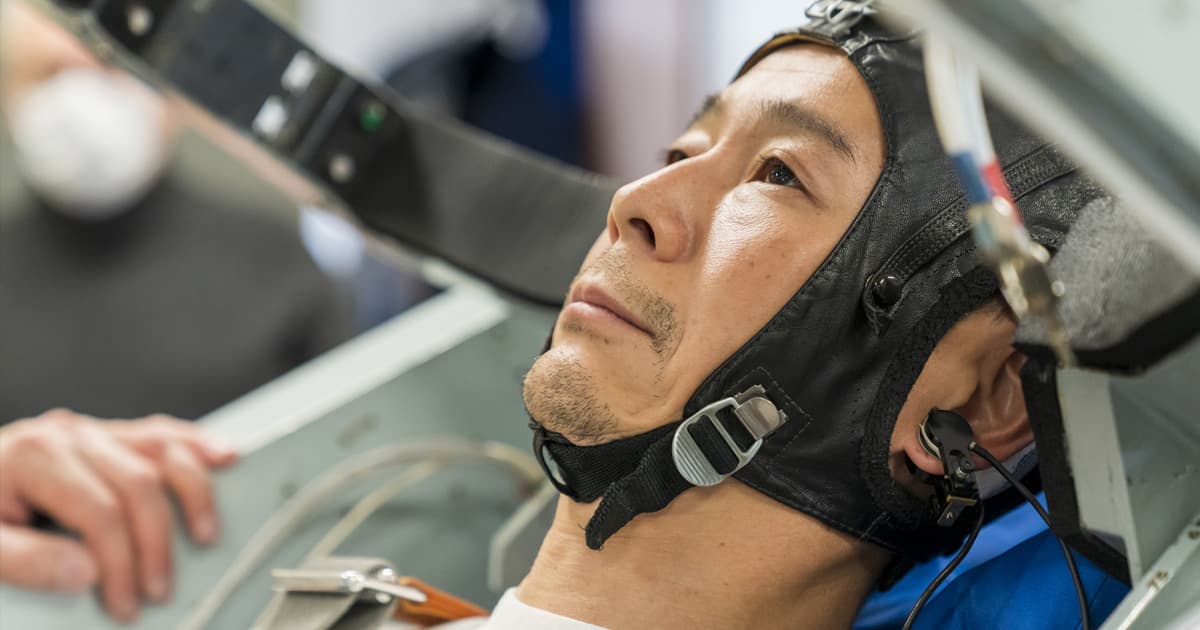 It's not with SpaceX.

It's not with SpaceX.

Japanese billionaire Yusaku Maezawa announced today that he's he's going to visit the International Space Station before embarking on a much longer journey around the Moon on board a SpaceX Starship.

The fashion tycoon booked two seats on a Russian Soyuz capsule — not a SpaceX Crew Dragon, notably — to launch to the orbital outpost in December. He will be accompanied by his production assistant as well as cosmonaut Alexander Misurkin for the 12-day trip, the Associated Press reports.

It's a significant occasion. Maezawa became the first person to pay for his own ticket to the ISS in more than a decade, according to the company that brokered the deal.

"I'm so curious 'what’s life like in space'?" Maezawa said in a statement. "So, I am planning to find out on my own and share with the world on my YouTube channel,”

The news comes after Maezawa invited eight members of the public to join him on a free journey around the Moon on board a SpaceX Starship, a spacecraft that's still currently in development. The journey is tentatively scheduled for 2023.

Maezawa's warmup trip to space later this year isn't the only privately paid-for journey into orbit. Far from it: SpaceX is flying a crew of four, a billionaire pilot and three members of the public, on a journey around the Earth aboard a Crew Dragon spacecraft some time this fall.

Russia is also planning to send an actress and movie director to the ISS in October to film a movie.

Then in January, three businessmen from the US, Canada, and Israel, are taking a trip to the space station, paying roughly $55 million each, according to AP.

As it turns out, in other words, 2021 appears to be the year private spaceflight will finally become a regular occurrence.