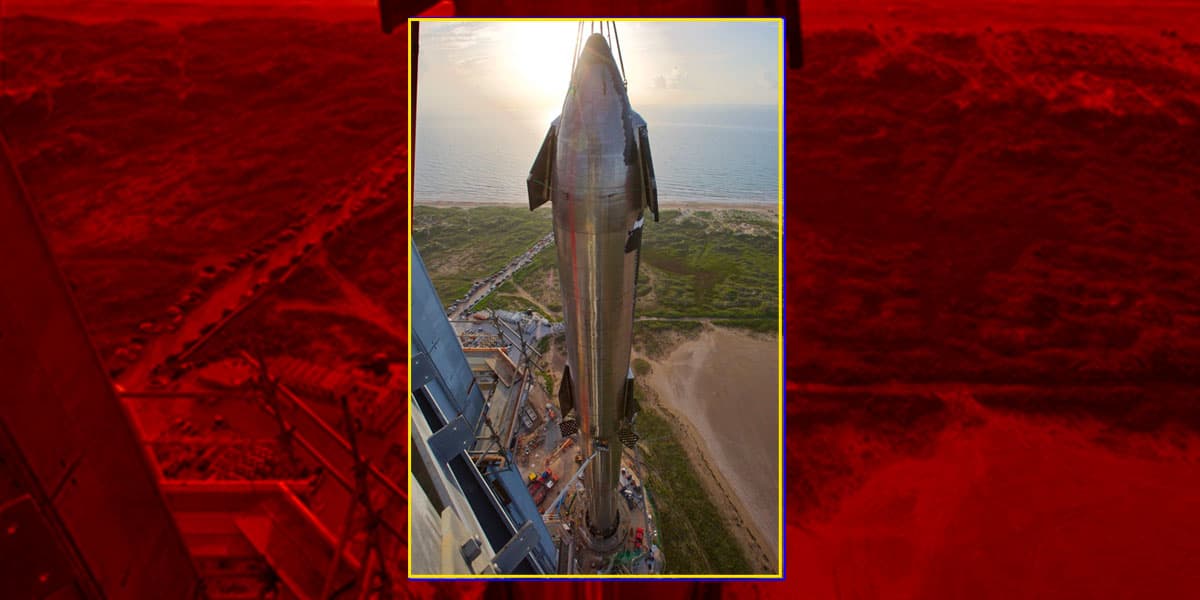 Taller Than the Pyramids

It's the tallest rocket ever assembled.

It's the tallest rocket ever assembled.

For the first time, SpaceX has finally stacked a Starship spacecraft prototype on top of a Super Heavy booster.

The dizzying tower stands at 475 feet tall including the orbital launch stand, easily as tall as a skyscraper. In fact, as TechCrunch points out, it's the tallest rocket ever assembled.

It's a major milestone for the Elon Musk-led company. We've never been closer to the space company's long-awaited first test launch into space.

It's also the best-ever look we've had at SpaceX's vision for the future of space exploration — and space-based, long-haul transportation.

The giant stack at the company's test facilities in South Texas will first be disassembled again for further tests and work before its maiden voyage into orbit, according to TechCrunch.

It's still unclear when that first orbital test launch will take place. The Federal Aviation Administration is still in the midst of an environmental review that could drag on for weeks if not months.

Whether Musk is willing to wait for that review to be completed is another question. It wouldn't be the first time the space company went ahead without getting a go-ahead from the regulator.

Either way, the upcoming orbital launch will be a sight to behold. A stunning 29 Raptor engines will ignite at once to deliver the megastructure into the upper atmosphere, where Starship will separate and ignite its own boosters to cruise into orbit.