"These actions show a concerning lack of operational control and process discipline that is inconsistent with a strong safety culture." 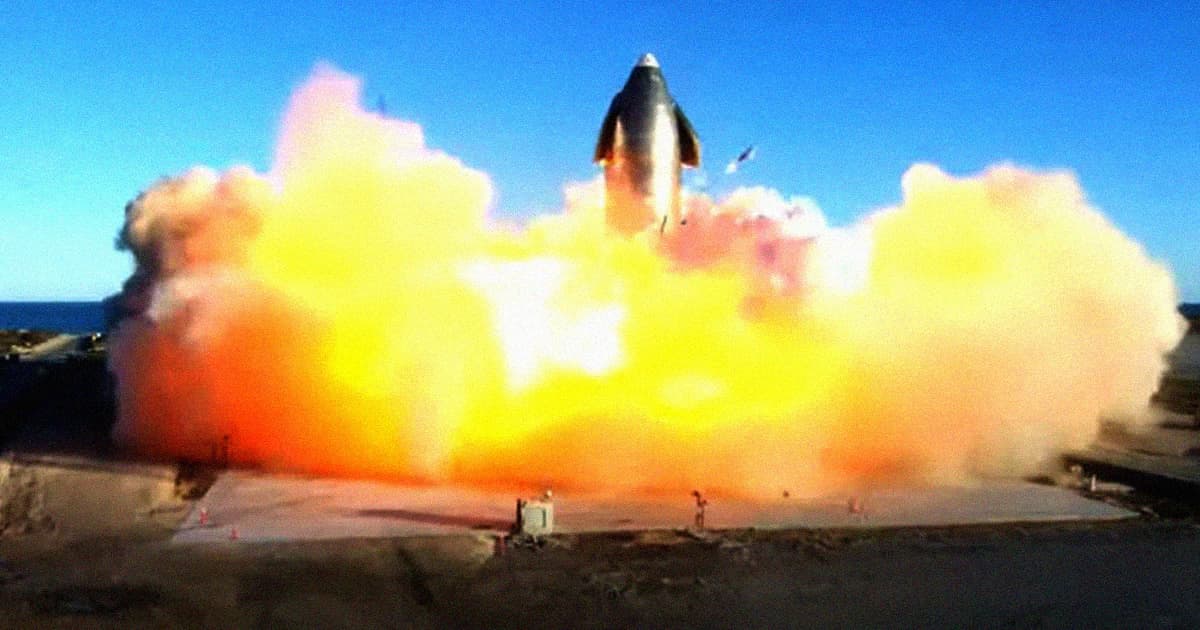 Despite last-minute warnings from the Federal Aviation Administration, SpaceX went ahead and launched its first high-altitude Starship prototype in December, a launch that ended in a gigantic explosion, The Verge reports.

The prototype, dubbed SN8, violated the company's launch license, as issued by the FAA, according to documents obtained by The Verge.

Explosion or not, SpaceX seems to have gotten away with it. In fact, the company recently signed a massive $2.9 billion contract to help NASA return astronauts to the Moon's surface as soon as 2024.

The disregard of the FAA's rules is yet more evidence that the Elon Musk-led company did little to appease regulators' safety concerns over the launch of its massive spacecraft prototypes.

According to the documents, SpaceX complained that the FAA's software was a "source of frustration" and that data was "overly conservative."

"Although the report states that all SpaceX parties believed that such risk was sufficiently low to comply with regulatory criteria, SpaceX used analytical methods that appeared to be hastily developed to meet a launch window," a letter by the FAA’s space division chief Wayne Monteith to SpaceX president Gwynne Shotwell read.

The documents also show that the shockwave of a possible explosion could be exacerbated by weather conditions including speed and thereby endanger nearby homes, according to The Verge.

SpaceX was reportedly warned that launching without clearance would violate the company's launch license. The warning went ignored because SpaceX staff "assumed that the inspector did not have the latest information," according to the documents.

"These actions show a concerning lack of operational control and process discipline that is inconsistent with a strong safety culture," Monteith wrote in a letter to Shotwell, as quoted by The Verge.

According to the report, SpaceX agreed to reevaluate its safety procedures and agreed to heed the FAA's requests to cancel future launches.

Fortunately, SN8's demise didn't end up damaging nearby homes. After a "hard landing," the rocket went up in a massive fireball.

Musk later explained in a tweet that the "fuel header tank pressure was low during landing burn, causing touchdown velocity to be high," but claimed SpaceX engineers "got all the data we needed."

The FAA and SpaceX seem to have made up since the December explosion. In late April, the FAA approved three upcoming launches of SpaceX’s Starship spacecraft. The first of those three, dubbed SN15, launched in mid-May — and became the first high-altitude prototype to survive the ordeal.

Musk's fight with regulators however is far from over. In January, the FAA scrubbed the launch of SpaceX's SN9 launch. A fuming Musk took to Twitter to vent his frustration, claiming that the FAA space division "humanity will never get to Mars."