Have SpaceX and the FAA finally buried the hatchet? 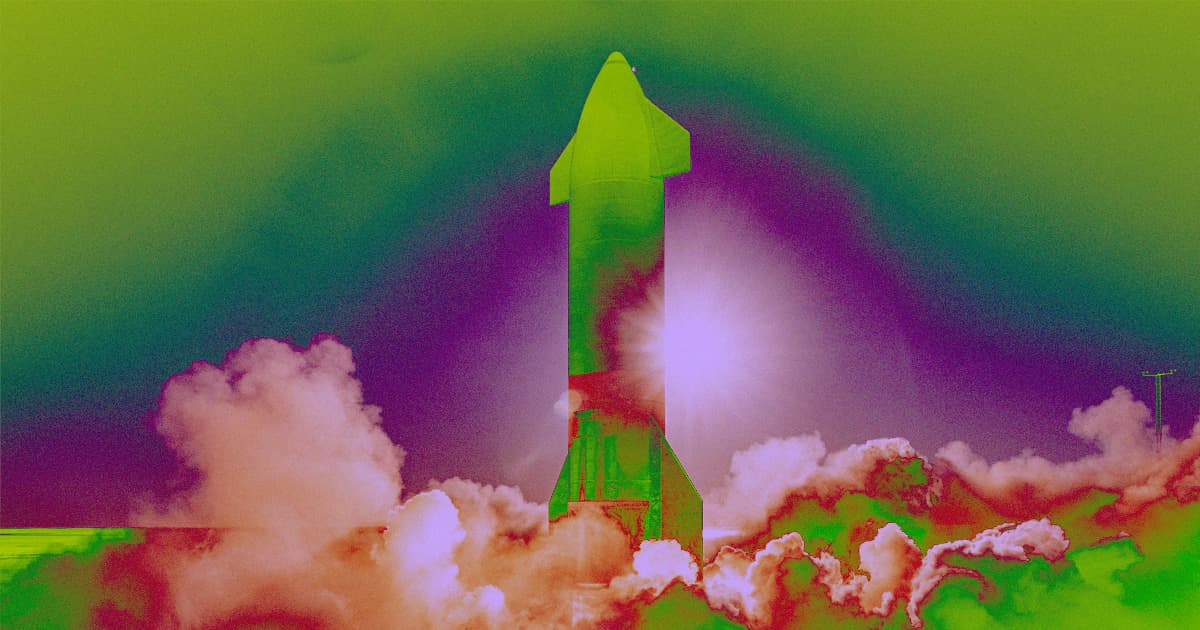 The Federal Aviation Administration has authorized three upcoming launches of SpaceX's Starship spacecraft, according to a recent statement.

"The agency approved multiple launches because SpaceX is making few changes to the launch vehicle and relied on the FAA's approved methodology to calculate the risk to the public," reads the statement.

The Elon Musk-led space company has been hard at work developing a prototype of its Mars-bound spacecraft capable of making it into orbit.

Unsurprisingly, getting a 165-foot stainless steel rocket off the ground — and safely back down — has been anything but easy for SpaceX. All four full-scale launches so far have ended in massive fireballs.

According to a February FAA statement, SpaceX didn’t follow the safety rules and proceeded with the launch of its first full-scale Starship prototype called SN8 in December "without demonstrating that the public risk from far field blast overpressure was within" regulatory criteria.

Following Starship prototype SN9's explosion in January, the FAA started an investigation to "further enhance safety as the program develops." The launch of the SN9 prototype was also scrubbed several times by the agency.

"Unlike its aircraft division, which is fine, the FAA space division has a fundamentally broken regulatory structure," a fuming Musk wrote in a scathing tweet following the scrubbing of SN9's launch.

In March, SpaceX launched its SN10 prototype, which initially landed intact, but later exploded due to a gas leak caused by a fuel tank rupture. The FAA approved the flight beforehand, announcing it had ended its investigation into the safety concerns over SN8's test flight back in December and SN9's launch in January.

"The FAA provided oversight of the SN9 mishap investigation conducted by SpaceX," the statement read. "The SN9 vehicle failed within the bounds of the FAA safety analysis."

The battle with the FAA didn't stop SpaceX from going forward with subsequent Starship prototype launches. In late March, just weeks after SN10's demise, SpaceX launched its SN11 prototype inside a heavy wall of fog — but it didn't even make it back down to the ground before exploding in midair.

The explosion was significant, with livestreams of the event showing massive pieces of metal debris raining down from the skies — a demonstration of just how violent these explosions can be.

Now that the FAA has authorized launches of Starship SN15, which is currently on the launch pad, as well as SN16 and SN17, it seems like SpaceX and the regulator have buried the hatchet.

It's also possible SpaceX has chosen to play by the regulator's rules to ensure it has the authorization to fly its upcoming prototypes.

But SpaceX isn't necessarily out of the woods with the FAA yet.

"For the launch of SN16 and SN17, SpaceX may be subject to additional corrective actions if any new mishap investigations were to occur," reads today's statement.

And that's good news for everybody involved: the company has some ambitious timelines, as set by Musk, planning to go orbital with Starship and its accompanying Super Heavy booster, by the end of the year.

That's a tall order — in more ways than one considering their combined height is almost 400 feet — but if we've learned anything, it's that SpaceX has plenty of surprises up its sleeve.

SN15 is scheduled to launch no earlier than tomorrow according to the latest reports. We'll definitely be watching.

More on Starship: China Is Working on What Looks Like a Clone of SpaceX's Starship

Read This Next
Shot Well
Head of NASA Relieved to Hear Elon Musk Isn't REALLY Running SpaceX
Makeover Scene
Space Tourist Says He's Thinking About Flying SpaceX Craft Up to Fix Hubble
Grain of Salt
There's a Huge Problem With Elon Musk's Promise to Bring Starlink to Iran
Sluggo Mode
SpaceX Has a Major Problem With Its Starlink Internet Connections
Dumpster Fire
SpaceX Tested Starship's Engines and Accidentally Caused a Large Fire
More on Off World
Gl1tc4
2:44 PM on the byte
NASA Says Another James Webb Instrument Has Suffered a Glitch
comet Spotting
2:06 PM on the byte
Behold! Dazzling Green Comet Approaches
Drama Bomb
Wednesday on the byte
European Space Agency Halts Plans to Send Astronauts to Chinese Space Station
READ MORE STORIES ABOUT / Off World
Keep up.
Subscribe to our daily newsletter to keep in touch with the subjects shaping our future.
+Social+Newsletter
TopicsAbout UsContact Us
Copyright ©, Camden Media Inc All Rights Reserved. See our User Agreement, Privacy Policy and Data Use Policy. The material on this site may not be reproduced, distributed, transmitted, cached or otherwise used, except with prior written permission of Futurism. Articles may contain affiliate links which enable us to share in the revenue of any purchases made.
Fonts by Typekit and Monotype.