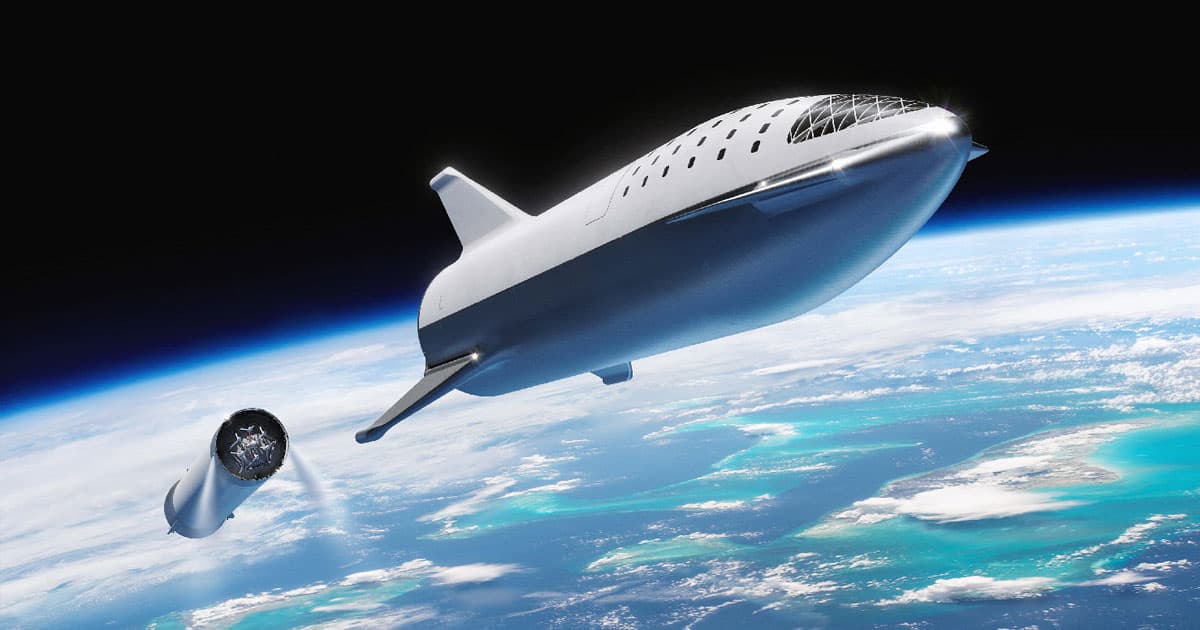 After Explosion, SpaceX Still Hoping to Launch Starship This Year

"If everything works, we want to go to Earth orbit at the end of the year."

"If everything works, we want to go to Earth orbit at the end of the year."

Despite a massive explosion that obliterated the fourth prototype of its Starship spacecraft, SpaceX is still planning on an orbital test launch of the vehicle before the end of the year.

Starship — a different project than SpaceX's Crew Dragon, which successfully launched with two astronauts on board over the weekend — is meant to eventually ferry up to 100 passengers as far as the Moon, and even Mars.

"I expect first test flights, let's say, to a height of 150 meters, in the coming weeks," Hans Koenigsmann, SpaceX's VP of Build and Flight Reliability, told German magazine Der Spiegel in a Tuesday interview. "We're going to be doing that a couple of times."

"If everything works, we want to go into Earth orbit at the end of the year," Koenigsmann added. "It might take a little longer."

"Unfortunately what we thought was going to be a minor test of a quick disconnect ended up being a big problem," SpaceX CEO Elon Musk told the press.

It's a setback, but SN4 endured far more trials than its predecessors. It's also the first Starship prototype to endure a cryogenic pressure test, which caused older prototypes to crumple like tin cans.