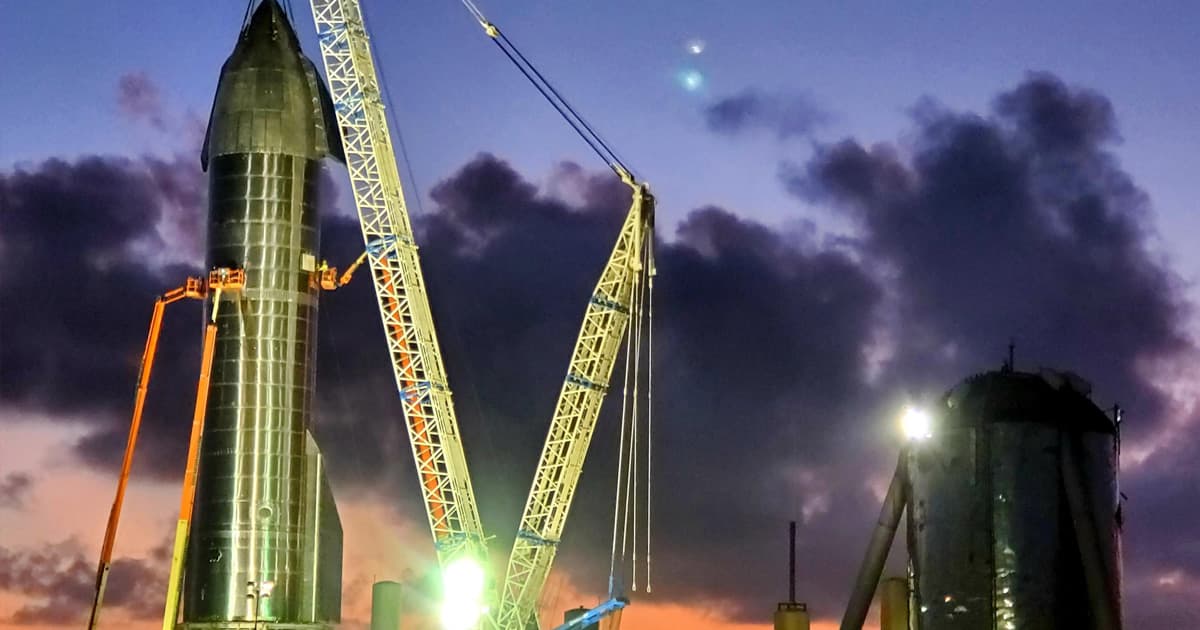 Elon Musk: "Starship is coming together!"

Elon Musk: "Starship is coming together!"

After successfully firing up its three massive Raptor engines during a test fire earlier this week, SpaceX's SN8 Starship prototype is being fitted with its finishing touches: two aerodynamic flaps and a nosecone.

"Starship is coming together!" SpaceX CEO Elon Musk wrote on Twitter on Thursday.

SN8 is taking yet another step towards its big event, a test flight to nine miles or roughly 50,000 feet. Previous iterations have only flown to 150 meters, or about 500 feet, so far.

It's the first time SpaceX has installed a flightworthy nosecone on a Starship prototype, as Teslarati reports. It's also the first to receive two flaps since Musk's space company showed off its Starship Mark 1 mock up last year.

Thanks to the nosecone, SN8 now stretches to its full and final height of about 50 meters (165 feet).

SpaceX will likely perform a second and final static fire test of the three engines, which will eventually — if things go according to plan — take the towering construct to 50,000 feet in a matter of weeks.

If it succeeds, it will be quite the spectacle. The plan is for the prototype to perform a daring "belly-flop" maneuver in mid-air as it slows its descent back to Earth.

Editor's note 11/5/2020: This story originally misstated the planned altitude of SN8's planned test flight. It has been updated.