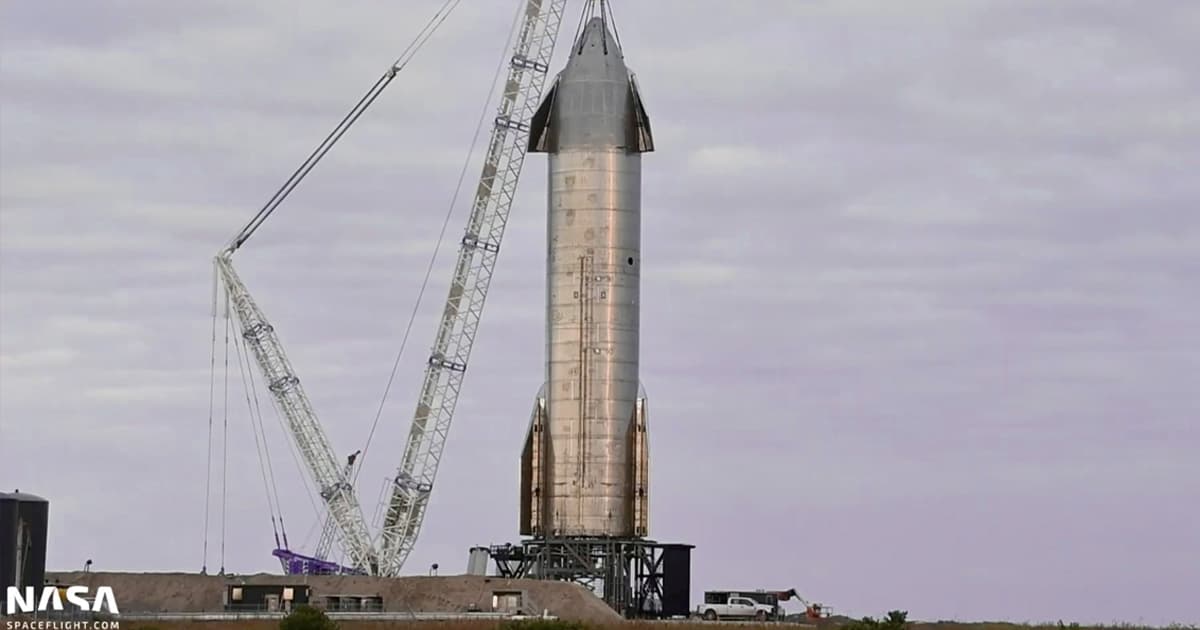 Next one's ready to go.

Next one's ready to go.

SpaceX has rolled out its next full-scale Starship prototype onto the launchpad, setting the stage for yet another riveting high-altitude test flight.

The Elon Musk-led space company is moving fast with the development of its Mars-bound rocket, the latest prototype of which is called SN9. It's been less than two weeks since it launched its SN8 prototype to a height of roughly 40,000 feet.

Starship SN9 has been lowered onto the Pad B launch stand!

The last test flight mostly seemed to go pretty well — until the end, when it smashed into the ground in a spectacular fireball. But CEO Elon Musk took the explosion in stride, noting on Twitter that "we got all the data we needed!"

SpaceX has yet to confirm when SN9 will set out on its maiden voyage. Road closures suggest that there's a small chance such a test flight could occur before the end of the year, as Teslarati reports.

NASASpacelight suggests that SN9 might only have to go through a single cryo-proof testing run, followed by a static test of the prototype's three massive Raptor engines.

SN9 did appear to take a bit of a tumble earlier this month inside its assembly building, visibly leaning over. Luckily, its aerodynamic flaps seem to have taken the brunt of the fall and the structure appears to be in good shape.

More on Starship: SpaceX's Next Starship Prototype Appears to Have Fallen Over