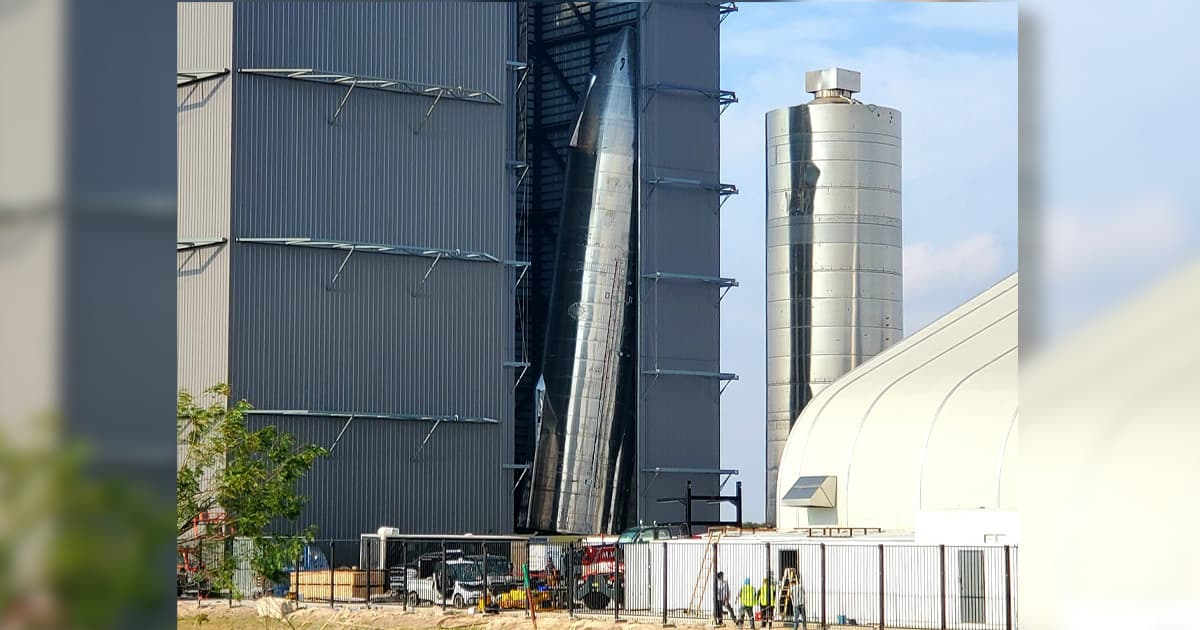 SpaceX's Next Starship Prototype Appears to Have Fallen Over

SpaceX's SN8 Starship prototype may have gone up in a massive fireball after an otherwise strong showing during the spacecraft's first high-altitude test flight last week — but the space company isn't about to slow down.

A new setback, though, seems to have come for its next prototype, dubbed SN9. The colossal 165 foot stainless steel spacecraft seemingly took a tumble over the weekend, collapsing onto its side inside the Texas assembly building in which it was stored, as Teslarati reports.

Unfortunately, Starship SN9 is leaning in the high bay. @elonmusk will it buff right out?@NASASpaceflight pic.twitter.com/MUJD0piJwt

Photos show the massive structure leaning on its side like the Leaning Tower of Pisa, with the sides of the industrial building holding it upright. Its aerodynamic side flaps seem to have taken the brunt of the tumble, Teslarati points out.

Luckily, SN9 is in good hands. A video uploaded by NASASpaceflight show a massive crane stabilizing the prototype.

SpaceX initially had planned on rolling SN9 out onto the launch pad today, but the accident seems to have delayed those plans.

SpaceX CEO Elon Musk has yet to comment on the mishap.