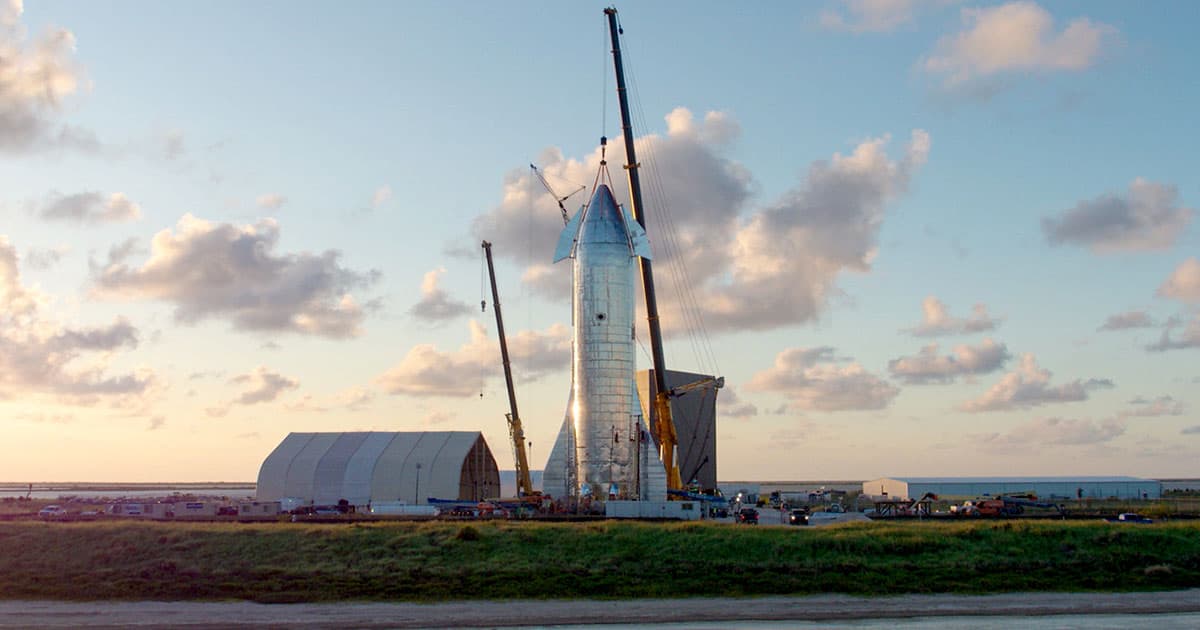 It's been a long time coming.

It's been a long time coming.

A full-scale SpaceX Starship prototype is about to finally make its first-ever attempt at getting off the ground.

When asked on an update on the company's SN5 Starship prototype, the fifth of its kind, SpaceX CEO Elon Musk responded yesterday that it "will attempt to fly later this week."

The massive SN5 prototype is expected to "hop" to just 150 meters (492 feet) according to road closure filings released earlier this month.

The test flight would follow flight attempts by the space company's "Starhopper," an early scaled-down — but still massive — prototype, which successfully flew to 150 meters in August 2019. SN5 is substantially larger, currently towering above the company's test facilities in Boca Chica, Texas.

SN5 will likely still have to go through a fueling test and a static fire test of its Raptor rocket engine, according to Teslarati, before it can attempt its first test flight.

A video uploaded to YouTube by NASA Spaceflight earlier this month also showed SpaceX mounting a "mass simulator" on top of the SN5 prototype, likely an effort to simulate a payload during test flights.

More on the test: SpaceX Is Planning Starship's First Test Flight for Next Week