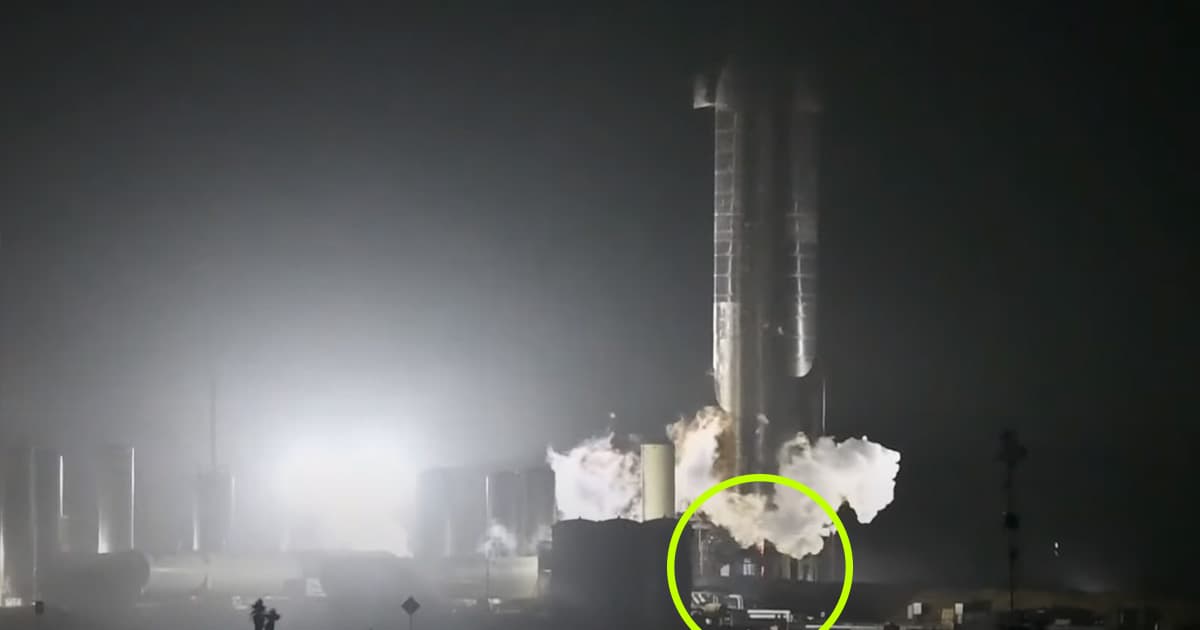 SpaceX Test Fired Starship, But Something Started Dripping Out

Elon Musk: "We’ll have to swap out at least one of the engines."

Elon Musk: "We’ll have to swap out at least one of the engines."

SpaceX's SN8 Starship prototype had a bit of a hiccup during its third static fire test late Thursday night at the company's testing facilities in Boca Chica, Texas.

Eagle-eyed onlookers who followed the event via live video streams noticed material dripping out of the prototype spacecraft, as Space.com reports— and CEO Elon Musk soon confirmed that something had indeed gone wrong, just hours before he revealed a positive COVID test.

Burst disks are designed to buckle to the pressure and make sure that tanks don't explode in case something goes wrong. Fortunately, the disks did their job.

"Burst disk worked, so vehicle appears to be ok," Musk added in a follow up tweet about an hour later. "We’ll have to swap out at least one of the engines."

Musk didn't say what specifically was dripping out of the prototype, but Teslarati suggests that "livestreams clearly showed Starship quite literally dripping molten metal for more than two minutes after the static fire."

Musk suggested that the incident could have been caused by a "engine preburner or fuel hot gas manifold" melting. "Whatever it is caused pneumatics loss," he added. "We need to design out this problem."

The SN8 prototype currently has three Raptor engines and a shiny stainless steel nosecone installed. If everything goes well, the towering 165-f0oot construct could be lifting off to a planned height of nine miles or 50,000 feet as soon as this coming weekend.

It's still unclear if the latest issue will set back such an ambitious test flight.

More on Starship: Watch SpaceX Fire Up the Mighty Engines of Starship SN8