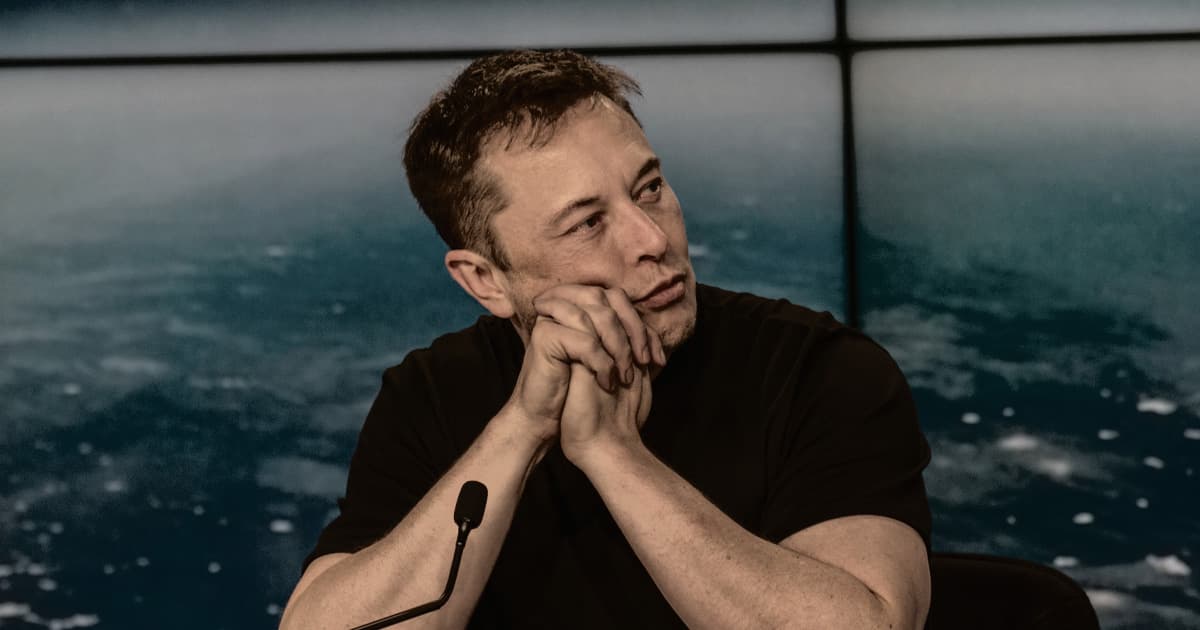 Elon Musk said in the late hours of Thursday that he had tested positive for COVID-19 — and, confusingly, also tested negative.

Musk also said that he has had the symptoms of a common cold.

"Mild sniffles & cough & slight fever past few days," he added. "Right now, no symptoms, although I did take NyQuil."

Musk, who has a long track record of spreading misinformation about the ongoing pandemic, also called into question the current surge of confirmed coronavirus cases in the US.

"Something extremely bogus is going on," he said.

He also validated a baseless conspiracy by Twitter user @ajtourville, who wrote that "revenues from tests are likely not bogus and very consistent," implying that testing is being done to turn a profit. "Exactly," Musk added.

Calling the validity of COVID-19 into question at this stage of the global pandemic is not only misleading but reckless and dangerous as well. Hospitalizations are getting increasingly swamped and daily deaths are rising rapidly throughout the country. While we're inching closer to a vaccine — not a silver bullet in itself — mass testing is as important as ever.

On Thursday alone, the country recorded a record 160,000 new cases.

Musk noted that he received four "rapid antigen test[s]." There are generally two ways of getting tested for COVID-19: a test that uses a process known as polymerase chain reaction (PCR), which tests a nasal or throat swab for the virus itself, and a rapid antigen test that only can detect a small protein on the surface of the virus.

PCR tests generally take much longer — and are more accurate than antigen tests on paper. Antigen tests can be administered very quickly and have been often used at airports and other large gatherings such as college campuses.

Antigen tests are "best used as cheap screening tools, not as diagnostics," as senior space correspondent for Business Insider Dave Mosher pointed out in a reply to Musk's tweet. "Lab RT-PCR is the least likely to return a false-positive."

The first antigen tests were authorized in May by the Food and Drug Administration. The agency, however, noted that "positive results from antigen tests are highly accurate, but there is a higher chance of false negatives, so negative results do not rule out infection."

Experts have long warned that rapid-fire tests can be less accurate as PCR tests.

Musk now awaits the results of a PCR test, which should take "about 24 hours."

"A good PCR test should identify if I have the cov2 spike proteins, although I have heard some low accuracy numbers for those too," Musk noted. "Hard to get a straight answer."

According to the Harvard Medical School, false negatives for PCR tests can range from just two to as high as 37 percent.

Replying to Musk's tweet, Mina Nordness, a resident at Vanderbilt University Medical Center, suggested that the antigen test is a "low sensitivity test and likely low viral load (early course)," noting that the tests are "not bogus."

More on testing: People Are Buying Negative COVID-19 Tests on the Black Market

12.06.22
As Elon Musk Promises Human Brain Implants in 6 Months, Remember He Promised a Million Tesla Robotaxis by 2020
12.05.22
Neuralink Employees Admit Company Has Killed 1,500 Animals So Far
12.01.22 Devices
Elon Musk Shows Off Monkey That Can Type With Brain Implant Instead of Typewriter
11.09.22
Elon Musk Is Faving Posts on Twitter That Are Making Our Skin Crawl With Embarrassment
10.31.22 Developments
Chinese Workers Jump Fence After Being Locked Inside World's Largest iPhone Factory