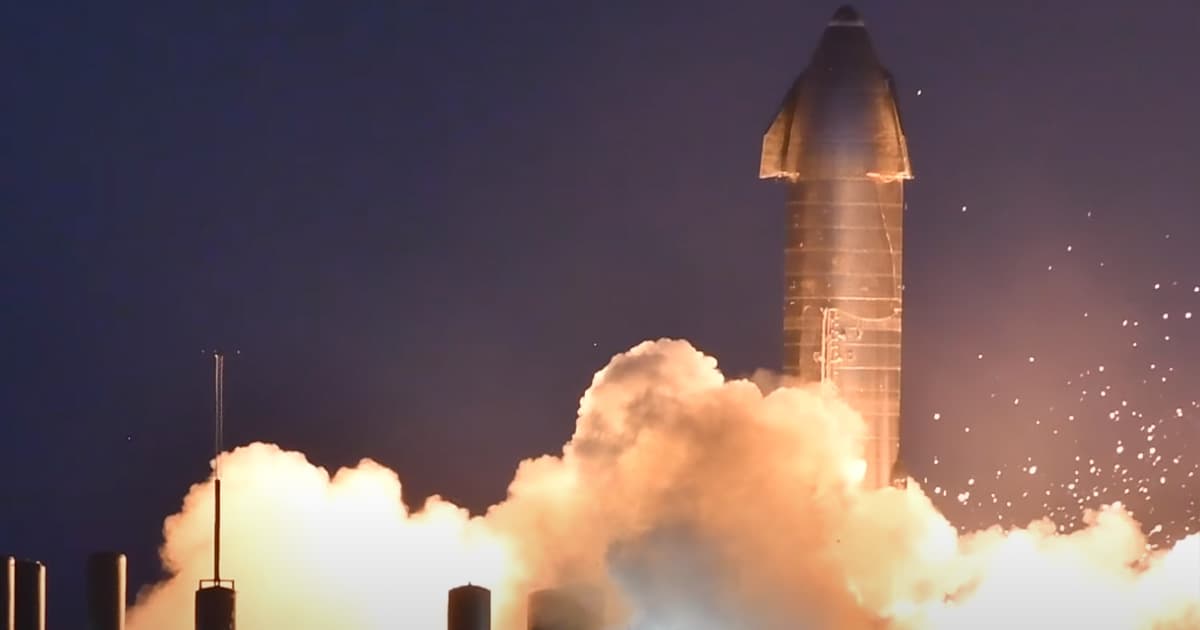 Watch SpaceX Fire Up the Mighty Engines of Starship SN8

It's the first Starship test with a nosecone — and honestly, damn.

It's the first Starship test with a nosecone — and honestly, damn.

SpaceX fired up the three rocket engines of its Starship SN8 prototype for the second time last night at its testing facilities in Boca Chica, Texas.

The event was a powerful blast of orange smoke — and flying sparks, as captured by onlookers on video.

The event was the second of several upcoming static fire tests leading up to the prototype's planned test flight to an altitude of nine miles or 50,000 feet. While the static fire test was a success, it's still unclear when SN8 will take flight.

Videos of last night's test show sparks flying after ignition. SN8 survived the event, but we have yet to find out what caused the fireworks. Insiders suggest it could be bits of the platform itself, as Teslarati reports.

Starship, standing 165 feet on its own, will eventually be making its way into space with the help of a massive Super Heavy booster — another 230 feet tall — which will feature around 30 rocket engines. The Elon Musk-led company has already laid the groundwork for building the first booster prototype.

More on Starship: Starship Test Flight to 50,000 Feet Could Happen as Soon as Next Week