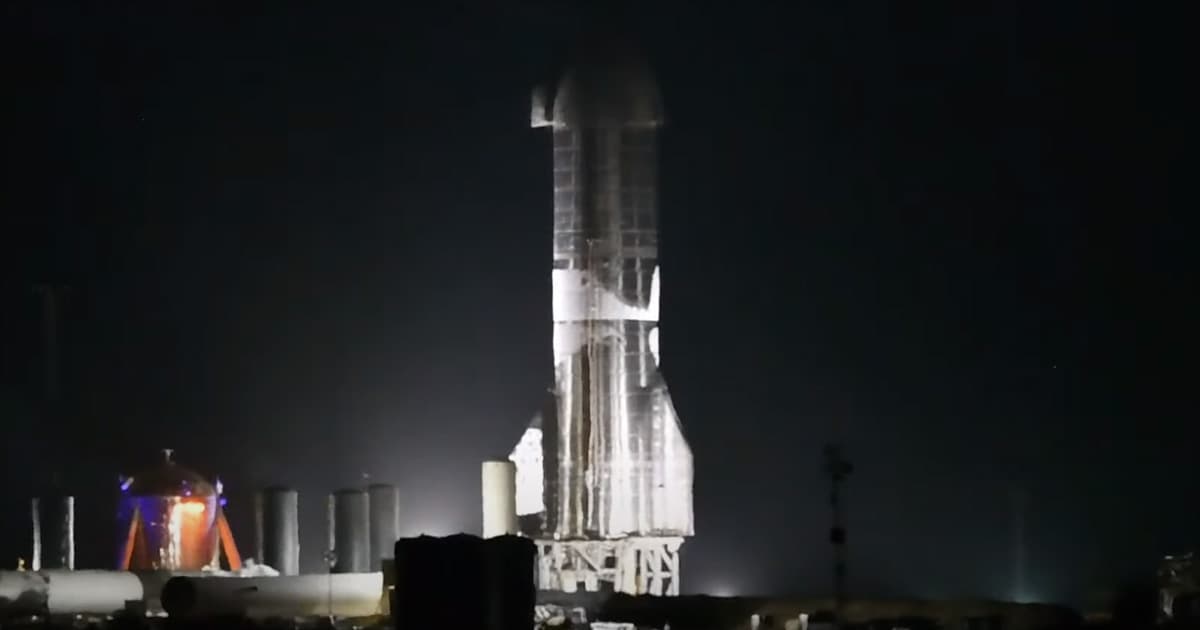 Starship Test Flight to 50,000 Feet Could Happen as Soon as Next Week

It's the test flight we've all been waiting for.

It's the test flight we've all been waiting for.

According to local road closure filings, SpaceX is getting ready for its next big test flight: Starship's first high-altitude flight, to 50,000 feet (roughly 9.5 miles), at its testing facility in Boca Chica, Texas.

The filings, published on Wednesday, say that SpaceX is looking at a time window on November 9, from 9 am to 9 pm. The listed purpose is a second static fire test of the company's SN8 Starship prototype, followed by a "15 [kilometer] flight."

Thanks to renders by SpaceX enthusiasts — which gained SpaceX CEO Elon Musk's stamp of approval earlier this week — we have a pretty good idea of what such a test flight could look like.

SN8's maiden voyage, however, won't include a Super Heavy booster, which is currently in early development, nor will it feature all six Raptor engines planned for the Starship itself.

The prototype has only been outfitted with three engines so far, which the company successfully ran through their paces during their first test firing on October 20.

It also outfitted SN8 with a nosecone and two aerodynamic flaps, giving us a much better picture of what the finished product will look like. Early prototypes looked far more like a water tower than a rocket ready to transport 100 passengers to Mars.