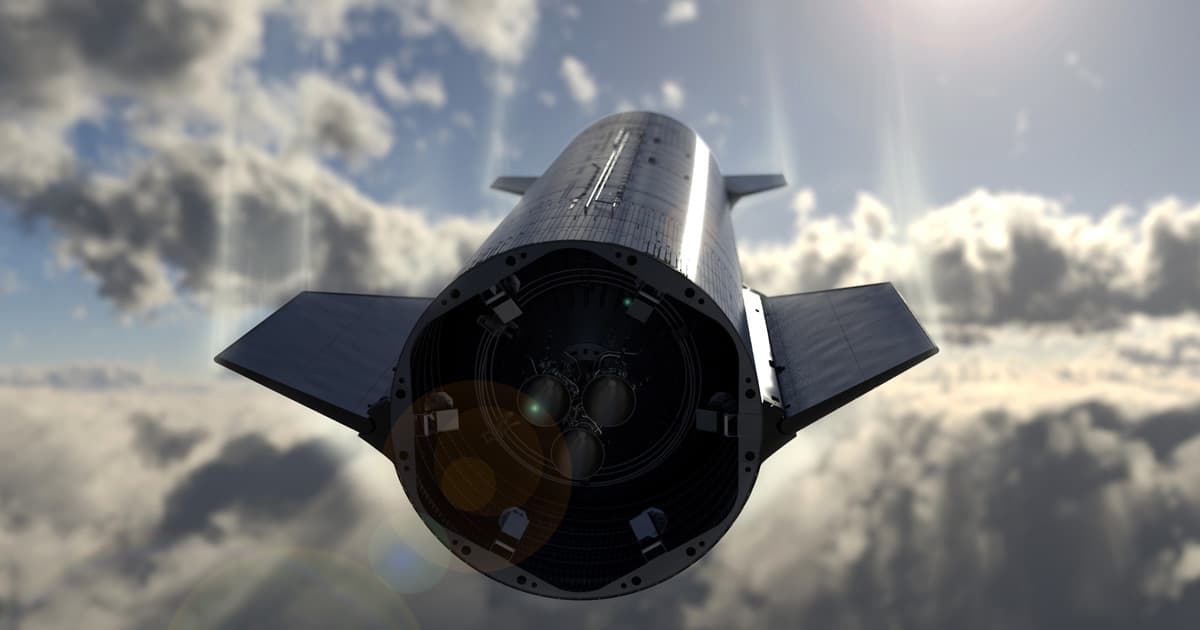 SpaceX is inching closer to its most spectacular Starship test flight yet.

SpaceX is inching closer to its most spectacular Starship test flight yet.

SpaceX's latest Starship prototype, dubbed SN8, is getting awfully close to attempting its maiden voyage to an altitude of 12 miles — a lot further than its predecessors' "hops" to just 150 meters, roughly 500 feet, over the last few months.

The gigantic prototype looks a bit different thanks to two aerodynamic flaps on either side. It will also eventually get a nosecone before attempting its first flight, but only after several static fire tests, according to Teslarati, to keep costs in case of a failure to a minimum.

On Twitter this morning, CEO Elon Musk showed off a picture of the underside of the behemoth with three Raptor engines nestling in the cavernous space.

Will be less roomy with 3 vacuum rocket engines added pic.twitter.com/pKtDFdiZYC

Before SN8 takes off, SpaceX will likely perform at least two static fire tests — the first time three Raptors will have been fired at the same time — and several "wet dress rehearsals" using the Raptor engine's preburner, according to Teslarati.

It's still unclear when the test flight will occur, but SN8 has already "passed cryo proof," according to an October 9 tweet by Musk, meaning that it can safely hold a full load of liquid nitrogen.

Even if it fails, SpaceX is already building its three next prototypes, dubbed SN9, SN10, and SN11.

Some eagle-eyed observers at the company's testing site in Boca Chica, Texas have even spotted rocket parts with the label "SN14" on them, as NASA Spaceflight reports, suggesting many more prototypes are already in the works as well.

More on Starship: SpaceX Is Having Trouble With the Neighbors of Its Spaceport