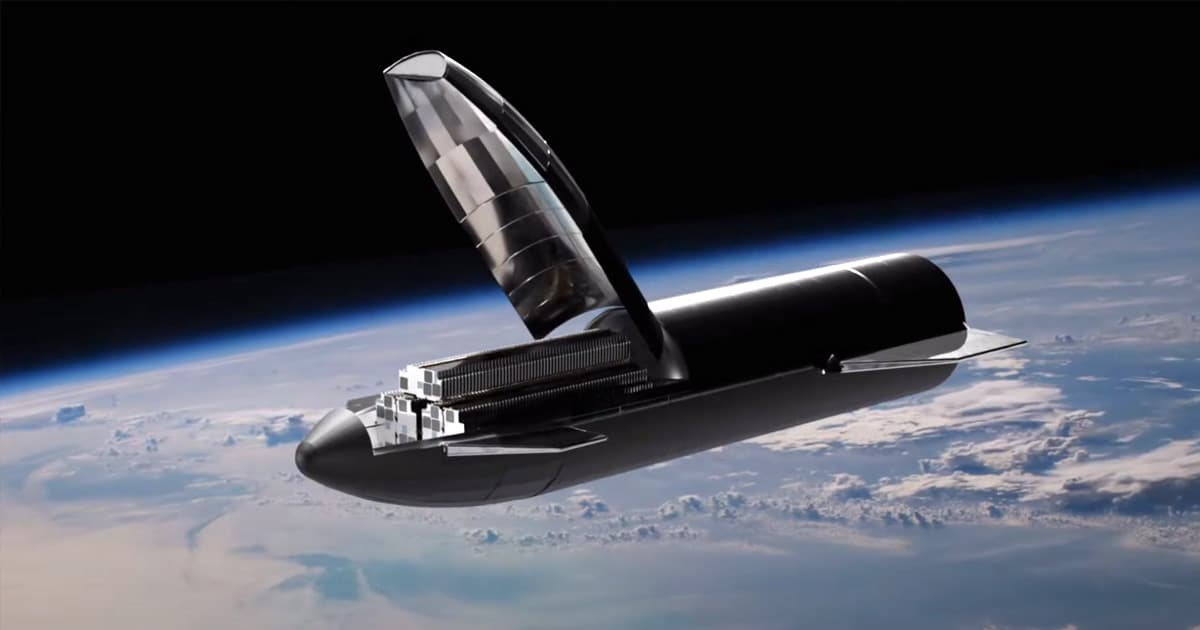 The ultimate seal of approval.

The ultimate seal of approval.

A team of SpaceX enthusiasts have created a stunning video of what a launch of the space company's Starship rocket could one day look like.

And it locked down a rare seal of approval: SpaceX CEO Elon Musk himself.

"Very close to actual expected flight!" Musk tweeted in reply to the simulation.

The animation, uploaded by SpaceX enthusiast Erc X to Twitter, shows the massive spacecraft take off, aided by a Super Heavy booster, and release what appear to be hundreds of Starlink satellites into orbit, before returning to the surface.

The animation also gives us a glimpse of what an important upcoming test flight could look like. The company is planning to launch its SN8 prototype to a planned height of 12 miles using three Raptor engines (out of six for the final design).

The prototype has already successfully completed a static fire test, but it's still unclear when its first big jump will take place.

The test flight, as can also be seen in the video, will include a "belly-flop" maneuver in which the spacecraft will use its underside to slow its descent back to Earth.

SpaceX still has a long way to go until Starship is ready for prime time, it's pumping out iteration after iteration to make it a reality. SpaceX has already started assembling prototypes for its Super Heavy booster that will carry Starship into orbit.

Once Starship is fully operational, SpaceX will be able to send drastically bigger payloads into Earth's orbit. As of right now, a Falcon 9 rocket's payload is limited to 60 Starlink satellites.

In conrast, Starship's cavernous cargo bay can hold up to 400, according to a 2019 CNBC interview with SpaceX president and COO Gwynne Shotwell.

More on Starship: Starlink Terms of Service Demands That Users “Recognize Mars as a Free Planet”