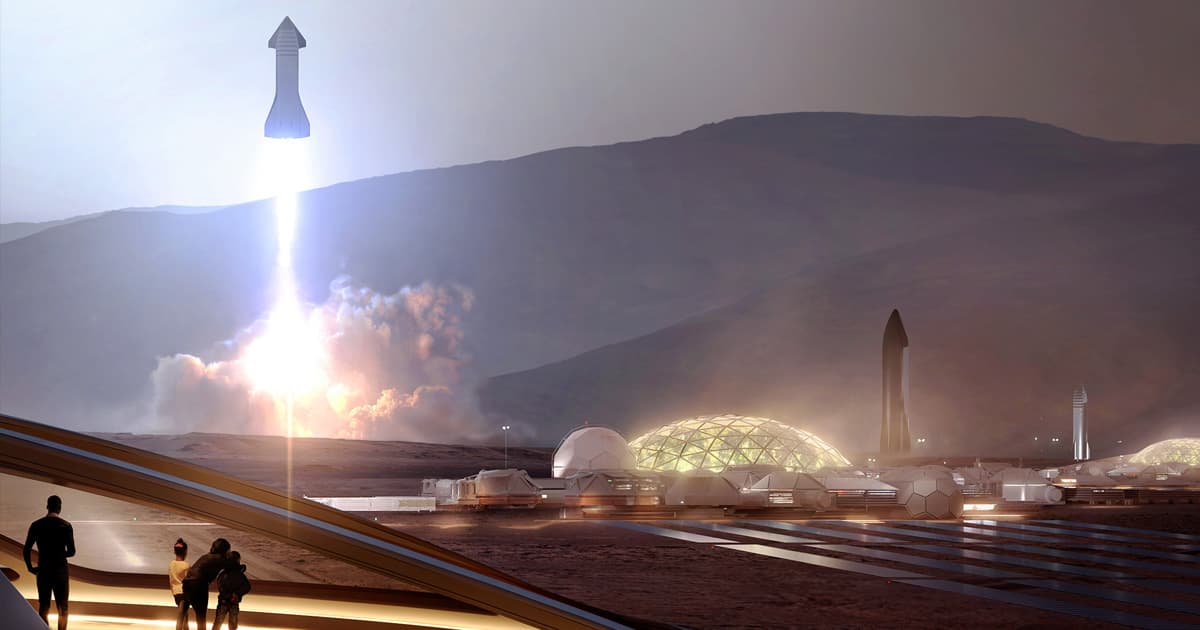 "Accordingly, Disputes will be settled through self-governing principles, established in good faith, at the time of Martian settlement."

"Accordingly, Disputes will be settled through self-governing principles, established in good faith, at the time of Martian settlement."

This month, SpaceX kicked off a closed beta for its Starlink satellite internet service.

Upon digging through the company's terms of service, an eagle-eyed Twitter user discovered that beta testers were signing up for a lot more than they might have thought.

"For Services provided on Mars, or in transit to Mars via Starship or other colonization spacecraft, the parties recognize Mars as a free planet and that no Earth-based government has authority or sovereignty over Martian activities," reads Starlink's terms of service. "Accordingly, Disputes will be settled through self-governing principles, established in good faith, at the time of Martian settlement."

Only @elonmusk would write this shit.

The news comes a week after SpaceX president and COO Gwynne Shotwell revealed in a TIME interview that the space company is planning to bring a Starlink-like service to the Red Planet as well.

"Once we take people to Mars, they’re going to need a capability to communicate," Shotwell told TIME. "In fact I think it will be even more critical to have a constellation like Starlink around Mars."

SpaceX CEO Elon Musk has some bold plans: colonize Mars and establish a city by 2050. To do just that, the company is developing a massive spacecraft called Starship to send cargo and eventually passengers to the Red Planet.

Musk has spoken about the laws that will govern his space company's Martian colony before. During SXSW 2018, Musk told audiences that "most likely, the form of government on Mars would be something of a direct democracy... where people vote directly on issues instead of going through representative government."