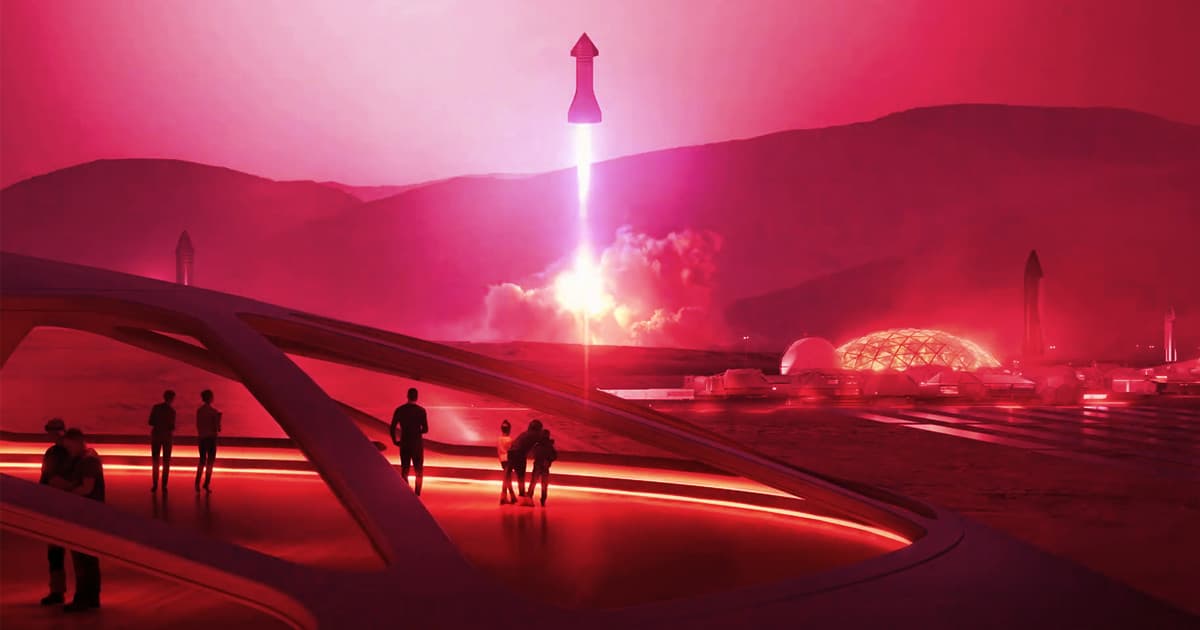 Elon Musk: My Main Goal Is to Get Humanity to Mars Before I Die

At the Satellite 2020 conference in Washington Monday, SpaceX CEO Elon Musk told a crowd of industry insiders and journalists that his biggest concern is to get people to Mars before he dies.

According to Musk, that wouldn't bode well for human civilization outside of Earth.

"Unless we improve our rate of innovation dramatically, then there is no chance of a base on the moon or a city on Mars," Musk said. "This is my biggest concern."

The news comes as Musk has been closely supervising his space company's progress in constructing the first-ever functional prototype of the Starship, a 400-foot stainless steel rocket that could one day ferry up to 100 passengers to distant locales including the Moon and Mars.

Musk's plan is as ambitious as it is grand: if all goes according to plan, he wants to establish a one million people-strong city on the Red Planet as soon as 2050 using a fleet of Starships.

READ MORE: Musk’s Top Concern Now Is SpaceX Getting to Mars Before He Dies [Bloomberg]

More on Musk: Elon Musk Was Pretty Pissed When His Starship Prototype Exploded