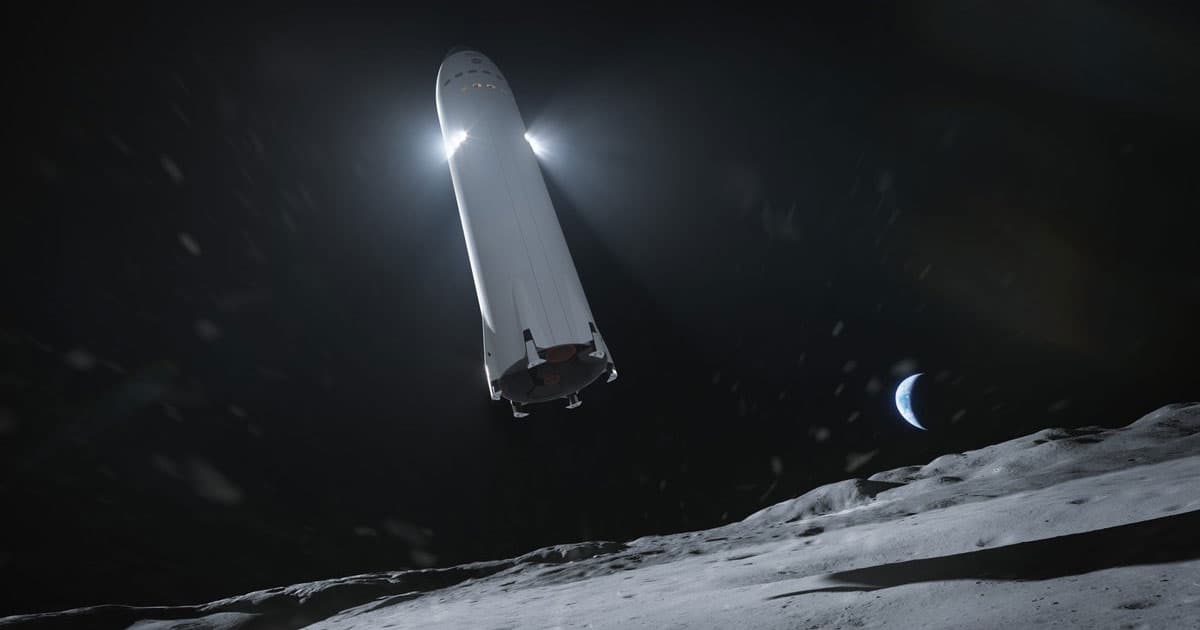 In an exchange on Twitter this week, SpaceX CEO Elon Musk elaborated on the design tweaks his space company is considering to allow its massive Starship spacecraft to safely land on the Moon.

"We’re working on new legs," he wrote in a tweet. "Wider stance & able to auto-level. Important for leaning into wind or landing on rocky & pitted surfaces."

Responding to YouTuber Tim Dodd, better known as Everyday Astronaut, Musk explained that the atmospheric Starship variant meant to one day make it back to Earth — or perhaps land on other planets with an atmosphere such as Mars — will have "forward thrusters" to "stabilize ship when landing in high winds."

But the Lunar Starship will be different. "If goal is max payload to moon per ship, no heatshield or flaps or big gas thruster packs are needed," he added.

Starship, in its final configuration, will have the ability to launch 100 tons of cargo into space — or in a different configuration, 100 passengers at one time.

In fact, why make the long trip back when a pressurized vehicle could double as a place for astronauts to weather the harsh conditions on the Moon? "No need to bring early ships back," Musk added in the tweet. "They can serve as part of moon base alpha."

The news comes after SpaceX's fourth Starship prototype called SN4 blew up during a fuel test on May 29 — though it had already been put through its paces.

"SpaceX got a lot further with SN4 than previous vehicles, and SN5 seems about ready to go for testing," senior space editor at Ars Technica Eric Berger wrote in a tweet at the time. "They also have begun working on a second launch stand in Boca Chica, [Texas]."