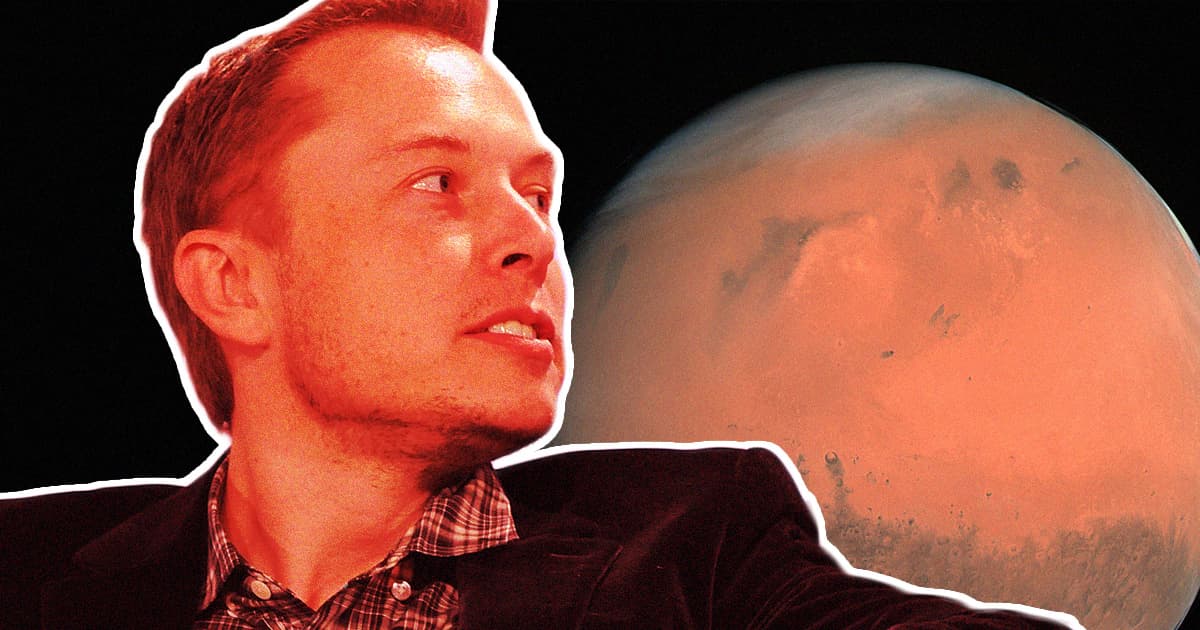 Claim Mars, Why Don't You

Elon Musk Says He Is Now the "Imperator of Mars"

Another week, another preposterous outburst by SpaceX and Tesla CEO Elon Musk.

Last month, Musk claimed the title "Technoking of Tesla," a mostly nonsensical distinction. Now, the billionaire has added the phrase "Imperator of Mars" to his Twitter bio.

Characteristically, nothing in particular seems to have prompted the move. It's also a bit unclear what he means. Imperator is a term that usually refers to a commander in chief of the ancient Romans, Newsweek pointed out in the wake of the update.

Is Musk suggesting he's taking martial control over the Red Planet? Will his space company declare martial law? With this mercurial billionaire, anything is on the table.

The bio might also be a nod to the hit 2015 action film "Mad Max: Fury Road," which starred Charlize Theron as Imperator Furiosa, a driver in a post-apocalyptic Australia.

Perhaps the explanation is simpler than that, though. Musk's ambitions with SpaceX's Starship are sky high, with Musk suggesting one thousand of them could one day allow us to establish a permanent foothold on Mars.

After all, we've learned over the years not to take Musk's mutterings at face value. There's a considerable chance Musk's new-and-improved Twitter bio is the result of a couple of hours of idly scrolling through his Twitter mentions.

Besides, it's still far too early for Musk to declare himself emperor of Mars. The prototypes of his company's Mars-bound rocket have yet to launch to orbit — or even land without erupting in a violent fireball.

Carthaginian general Hannibal, one of the Romans' most reviled enemies, would laugh him out of the streets of ancient Rome.

Grain of Salt
There's a Huge Problem With Elon Musk's Promise to Bring Starlink to Iran
Sep 27
Read More
Palliative Care
NASA's Mars Lander Refuses to Die Even Though It's Supposed To
Sep 24
Read More
Sluggo Mode
SpaceX Has a Major Problem With Its Starlink Internet Connections
Sep 24
Read More
+Social+Newsletter
TopicsAbout UsContact Us
Copyright ©, Camden Media Inc All Rights Reserved. See our User Agreement, Privacy Policy and Data Use Policy. The material on this site may not be reproduced, distributed, transmitted, cached or otherwise used, except with prior written permission of Futurism. Articles may contain affiliate links which enable us to share in the revenue of any purchases made.
Fonts by Typekit and Monotype.