"The performance is very rudimentary." 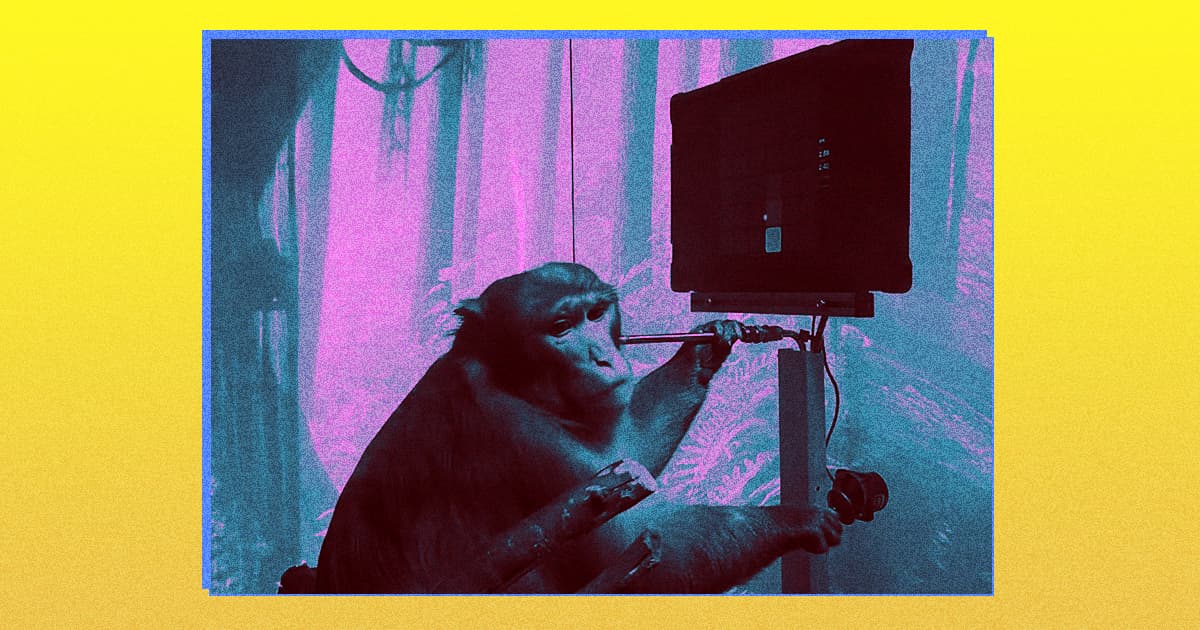 Last week, Elon Musk's brain-computer interface (BCI) company Neuralink released a video in which a macaque monkey, a primate commonly used in neuroscience research, appeared to play the classic video game "Pong" with nothing but its thoughts.

The video spread across the internet like wildfire — it appeared as though the neurotech company, which has largely dodged media scrutiny outside of its occasional demonstrations, was finally starting to deliver on its lofty promises to merge the brain with computers. But that reception may just be the result of marketing genius. The tech itself, compared to what else is out there in the neurotech field, is actually pretty disappointing, Inverse reports.

Inverse spoke to Andrew Schwartz, a University of Pittsburgh neurobiologist who helped pioneer BCI technology — and he says that Neuralink seems to be bragging about things that scientists, himself included, could do decades ago.

"The performance is very rudimentary," Schwartz told Inverse. "That kind of control was demonstrated more than twenty years ago."

This isn't the first time that Neuralink has disappointed experts in the field. In September, the company showed off a BCI-implanted pig and demonstrated how it could read its brain activity — something scientists have been able to do with human volunteers for nearly a full century.

What Neuralink has accomplished, according to Schwartz, is building some impressive hardware that could move the field forward. But as for what it's doing with that engineering, well, that needs some work. Schwartz says he would have expected the company to show off 3D spatial control — at least — instead of merely moving a pong paddle up and down.

"Technically, from an engineering point of view, the recording equipment and the transmission of data seems to be very nice and that may be an advance, but in terms of the performance and the actual use of brain control, it is very rudimentary," he told Inverse.

More on Neuralink: Neuralink Releases Video of Monkey Playing Pong With its Mind

6.28.22 Developments
Study Finds That Weed Puts You at Higher Risk for Hospitalization
6.28.22 Devices
Robotic Arms Allow Paralyzed Man to Eat Cake With Knife and Fork
6.22.22 Studies
If You Can't Stand on One Foot for Ten Seconds, Doctors Have Bad News
6.06.22 Cancer
Scientists Intrigued by Treatment That Put Every Single Patient's Cancer Into Remission
6.02.22 Neuroscience/Brain Science
Argh! This Optical Illusion Makes You Feel Like You're Falling Into a Black Hole