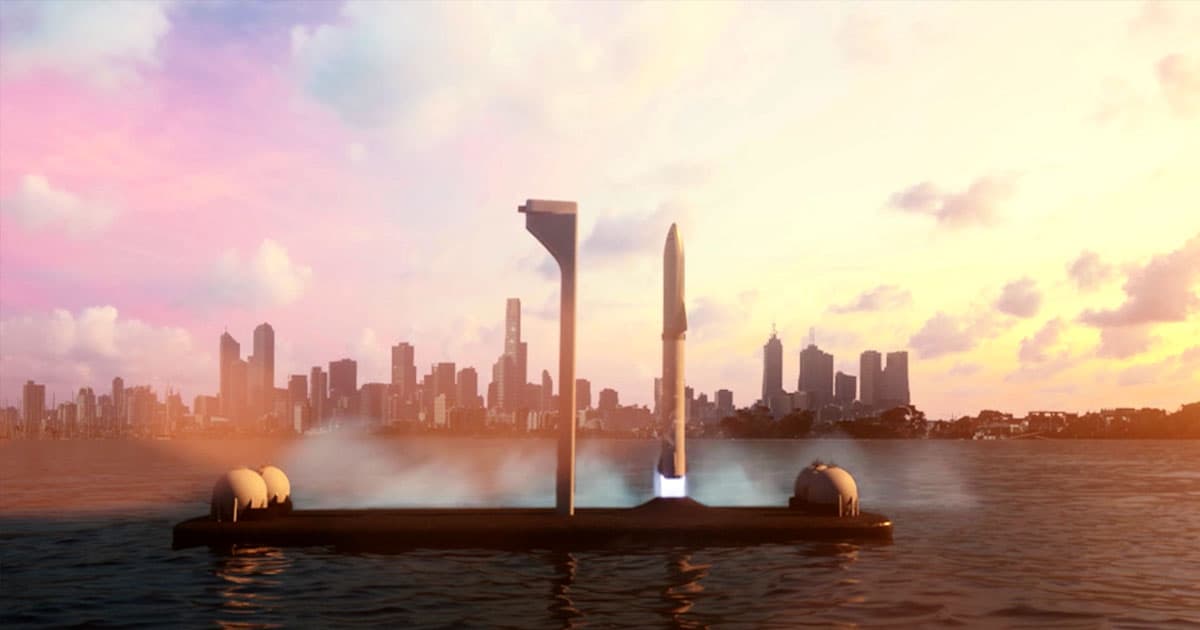 An eagle-eyed SpaceX enthusiast spotted a job listing for an Offshore Operations Engineer in Brownsville, Texas. The new position's responsibilities include leading "of a team of engineers and technicians to design and build an operational offshore rocket launch facility."

SpaceX CEO Elon Musk was quick to confirm that the listing is legit — and part of a much bigger plan.

Brownsville is close to the company's Boca Chica, Texas testing site where it is developing prototypes of its Starship spacecraft.

Early animations for SpaceX's grand vision of its Starship spacecraft — a vehicle currently in its prototype phase that is designed to one day carry 100 passengers to the Moon and Mars — did include offshore landing pads.

In November 2019, Musk tweeted that "most Starship spaceports will probably need to be [about] 20 miles offshore for acceptable noise levels, especially for frequent daily flights, as would occur for point to point flights on Earth," referring to his space company's plans to use Starship as a space-based long-haul transporter as well.

To reach these floating spaceports, Musk envisions to dig tunnels under the water — something his other business, The Boring Company, is already working on. According to Musk, the system might even incorporate hyperloop transportation, another of his side projects.

SpaceX has some familiarity with landing platforms, albeit on a substantially smaller scale. The company has been using drone ships to allow rocket boosters to land upon their descent.