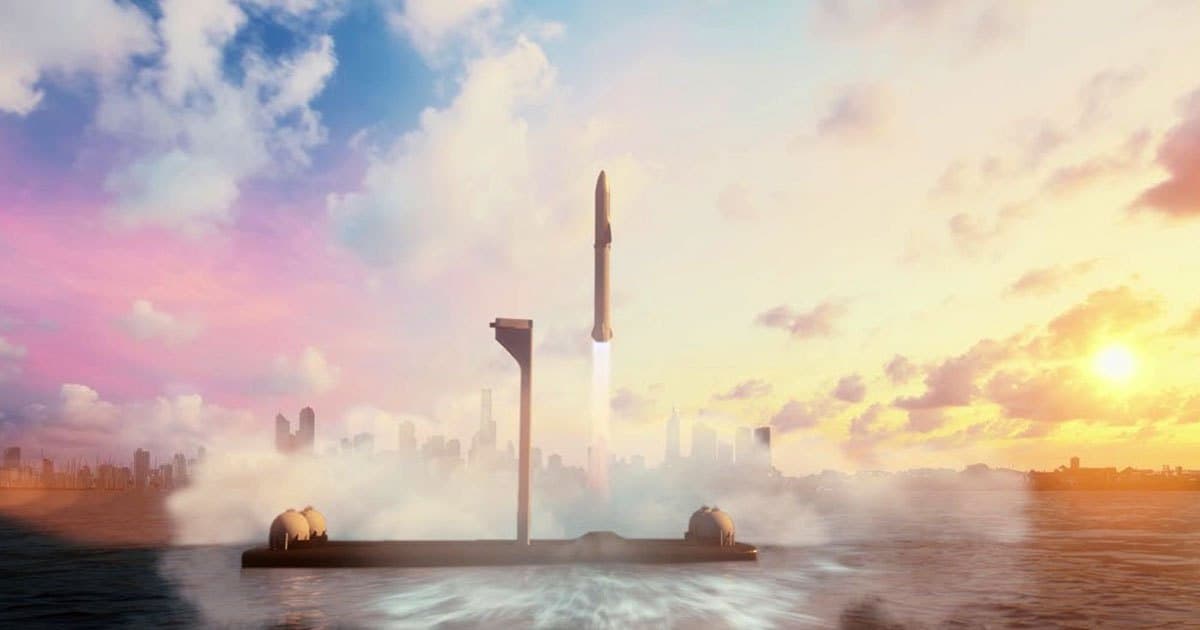 Hope You're Not Seasick

Elon Musk: SpaceX Will Be Launching From Floating Platforms by 2022

"Ocean spaceport Deimos is under construction for launch next year."

"Ocean spaceport Deimos is under construction for launch next year."

According to SpaceX CEO Elon Musk, the space company could be launching its Starship spacecraft from a ocean spaceport as soon as next year.

"Ocean spaceport Deimos is under construction for launch next year," the billionaire tweeted over the weekend, referring to one of two deepwater oil rigs his company purchased last year.

The rigs, named Deimos and Phobos after Mars' two moons, are meant to allow SpaceX's Starship to launch missions to Earth's orbit, the Moon, and eventually Mars — without running the risk of shattering nearby windows or ear drums.

It's yet another sign that SpaceX is hellbent on creating a reusable heavy lift launch platform that could end up returning the first astronauts to the Moon's surface since the 70s as soon as 2024.

And the vision is clearer than it's ever been. In his latest remarks, Musk was quote tweeting a photorealistic render of what a nearly 400 feet tall Starship and Super Heavy booster stack launching at sea could look like.

SpaceX is also planning on using floating spaceports to allow its Starship to deliver up to 1,000 passengers from one corner of the Earth to another as part of a space-based intercontinental transportation network, an experience likened to riding Disney's Space Mountain ride, according to a June 2019 tweet by Musk.

For the time being, SpaceX is hard at work constructing the first ever flightworthy prototype of its gigantic Super Heavy booster, the rocket that could help the next Starship prototype to go orbital.

SpaceX is planning to launch its first orbital test flight from its Texas facilities and splash down in the Pacific off the coast of Hawaii later this year.

READ MORE: SpaceX may launch rockets from an ocean spaceport as soon as next year [Engadget]

More on Starship: SpaceX Appears to Be Assembling Its Orbital Starship Booster