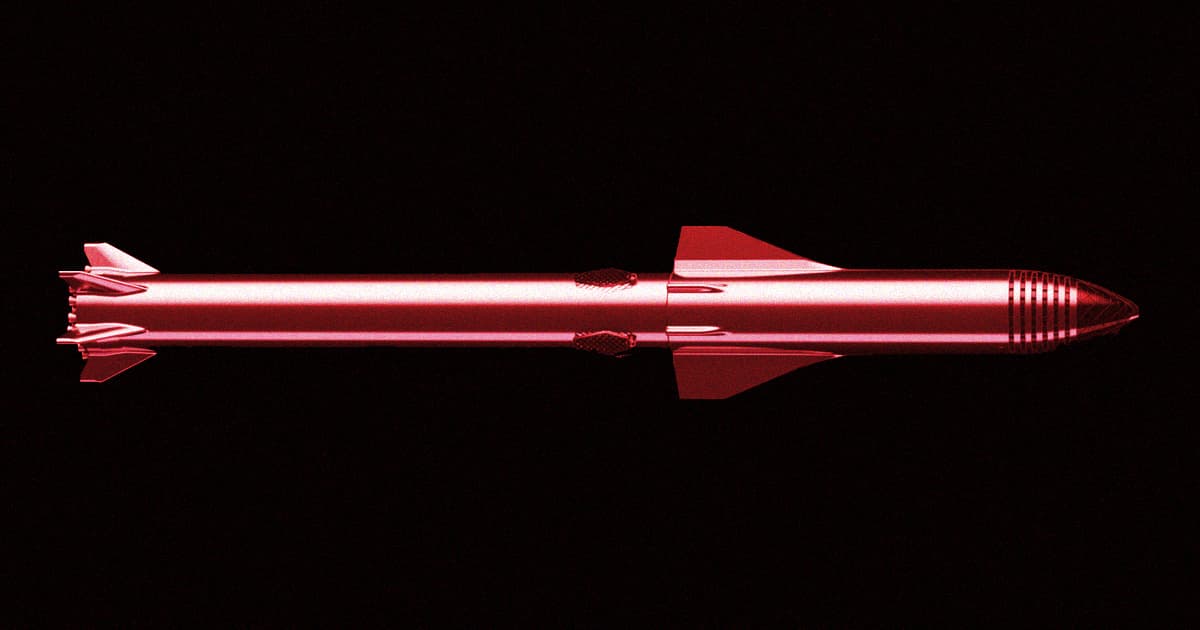 SpaceX Appears to Be Assembling Its Orbital Starship Booster

It's a real beast.

It's a real beast.

The Elon Musk-led company is making major steps toward realizing its goal of launching its behemoth Starship into orbit following its recent successful launch of its SN15 Starship prototype to around ten kilometers — but getting all the way to space still poses an enormous challenge.

The massive Super Heavy prototype now sports 28 cutouts at its base, each destined for a massive Raptor rocket engine, according to Teslarati. It's a gigantic step up from the three Raptor engines that powered SN15.

The company recently filed an application with the Federal Communications Commission to allow it to communicate with both a Starship and Super Heavy during an "orbital test flight."

This test flight could occur within the next six months, starting on June 20.

A separate document filed with the FCC outlined SpaceX's plans to launch its Starship Orbital test flight from "Starbase, Texas," fly it into orbit, and land it roughly 62 miles off the northwest coast of Kauai, Hawaii, "in a soft ocean landing."

Now, SpaceX needs to finish assembling and test its BN3 Super Heavy booster, as well as its next Starship prototype, dubbed SN20.

"Next major technology [revision] is at SN20," Musk tweeted in late March. "Those ships will be orbit-capable with heat shield & stage separation system. Ascent success probability is high."

Musk noted in the same tweet, however, that such a flight won't be easy. Future Starship prototypes "will probably need many flight attempts to survive" reentry and "land intact," he said.

Most imminently, SpaceX is likely to attempt to fly its SN15 prototype for the second time, the first Starship prototype to make such an attempt.