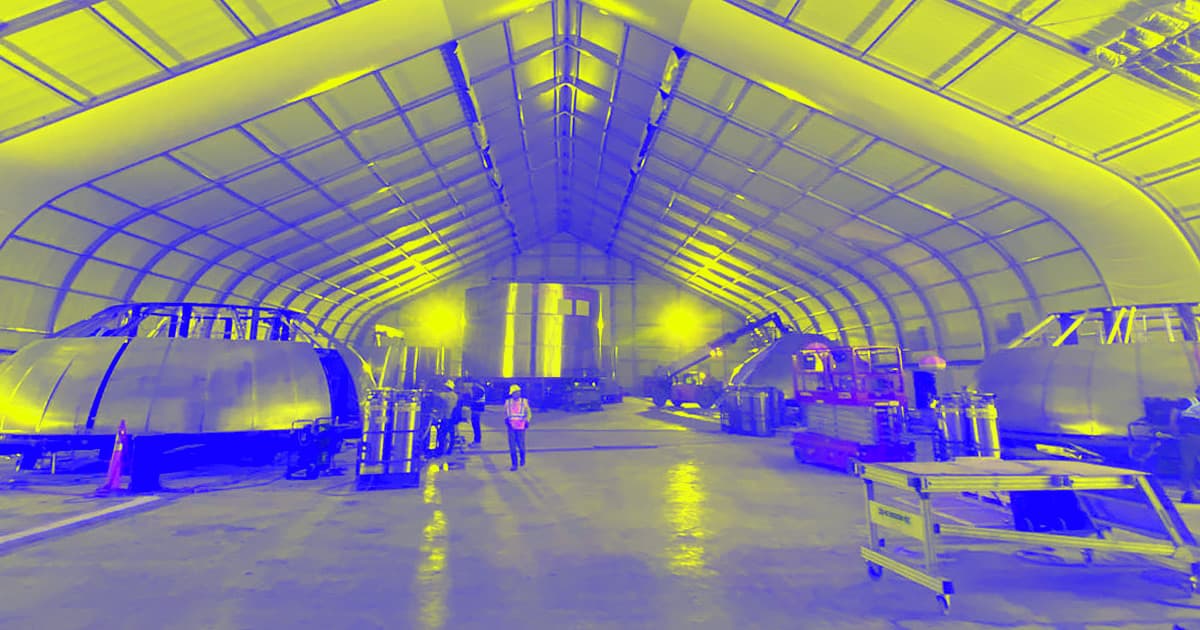 It's really coming together.

It's really coming together.

In an image uploaded to Twitter on Sunday, SpaceX CEO Elon Musk provided a rare glimpse at the inside of his space company SpaceX's Starship production facility in Boca Chica, Texas.

And the progress since the company's scaled-down "Starhopper" prototype flew for the last time only nine months ago is impressive.

The image shows three bulkheads, which are parts of the rocket's fuselage. It also shows what Teslarati reports are parts of the bottom of the tank dome, which will later be outfitted with Raptor engines.

The goal is to finish a working prototype of the massive Starship rocket — designed to one day carry up to 100 tons or 100 passengers to the Moon or Mars — for a suborbital test flight that could happen as soon as March.

Towering at 165 feet tall without boosters, Starship is a gigantic reusable spacecraft. We've already gotten a glimpse of a full-scale mockup during a September unveiling by Musk.

Plenty of work remains. So far, the company has only launched its down-scaled prototype Spacehopper to a height of around 500 feet in August. It did, however, nail the landing.

If everything goes according to plan, SpaceX will attempt to send an early Starship prototype to a height of 12.4 miles, just shy of half way to the edge of space, in coming months.

More on Starship:SpaceX Is Planning a Miles-High Starship Flight as Early as March