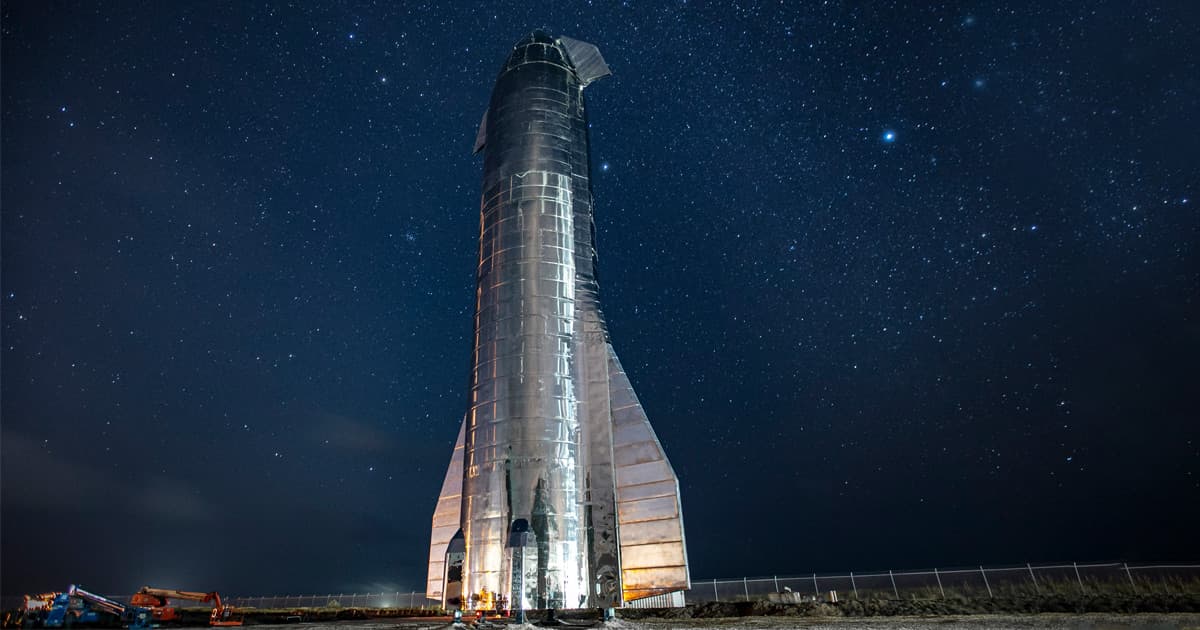 It'll reach an altitude about halfway to the edge of space.

It'll reach an altitude about halfway to the edge of space.

In a filing this week with the Federal Communications Commission (FCC), SpaceX requested permission to fly its latest Starship prototype to an altitude of 12.4 miles — just shy of halfway to the edge of space — as early as March or as late as September.

The goal is to launch from the space company's Boca Chica test facilities in Texas and land upright as part of an "experimental recovery," according to the filing.

SpaceX is likely trying to prove that its Starship can not only be reusable, The Verge reports, but that it's capable of landing on faraway destinations including the Moon and Mars.

It would be a massive step for SpaceX's Starship, a spacecraft intended to one day lug 100 tons or 100 passengers as far as Mars. So far, the company has only flown a smaller scale prototype dubbed "Spacehopper" to a height of just 500 feet in August. It did, however, nail the landing.

Teams on site are already hard at work.

Starship will play a crucial role in Musk's off-world ambitions.

The billionaire tweeted earlier this year that he envisions building 1,000 Starships to eventually send "maybe around 100k people per Earth-Mars orbital sync" to the Red Planet.

More on Starship: Elon Musk Hints That a Cybertruck Is Headed to Mars